I moved to Horsey last October, having lived and birded in Kent for the previous 43 years - I needed a change! I've been becoming more interested in taxa other than birds and thought that this challenge would help increase my limited knowledge of most insects, plants etc.

TG4523 has a fantastic geographical position, being half a mile from the coast and sand dunes and close to many great Broadland sites including Reydon Marshes, Stubb Mill and Horsey Mere, and the Horsey area is one of the Crane capitals of the country. The square has a range of habitats, with agricultural fields, hedgerows, a few dykes, a small area of woodland, a couple of copses and a small number of houses. Access is not great to a lot of the square but should still be OK to record a large number of species.

I'm sure that birds will be excellent, particularly in passage periods, and so far this year I've already recorded 56 species including Crane, Whooper Swan, Barn Owl, Hen Harrier, Marsh Harrier, Brambling, Little Egret and the thousands of Pink-footed Geese that use or fly over the square every day in the winter. 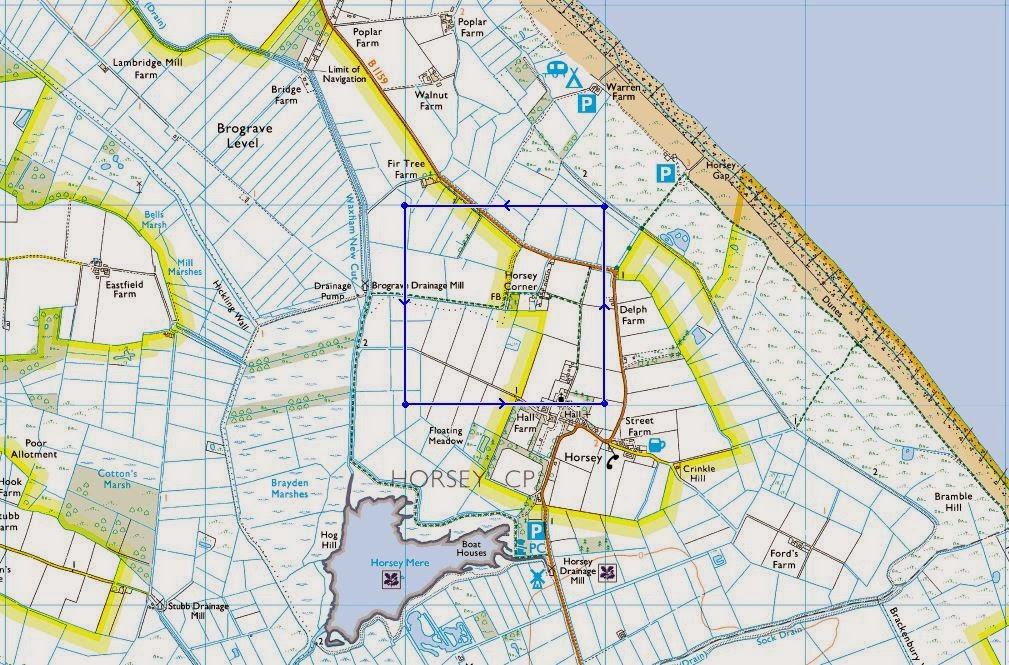 Insects should also be good, with species such as Norfolk Hawker and Swallowtail butterfly almost certain, including in my garden. Dark Green Fritillary is also a possibility, whilst the dykes in the square might attract the occasional otter - they are regular on the Waxham Cut about 200 yards outside the square but probably wander into the square on occasion.