A good number of species added at Thorne which takes me past last year's end of June total with still a month of June left. Bridport not so many added but I will keep going just to see what sort of numbers I get without trying that hard.

This week's photo is a Lilac Beauty moth at Thorne 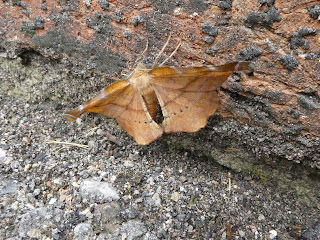 And the numbers are as follows

I did wonder whether I was going to make it to beat last year's date, especially before the dipterists forum meeting which starts this weekend. If I didn't do it now it was going to be end of next week. Anyway, in the end a very nice evening walk around the woodland edges produced enough to get over the line without evening doing microscopy when I got home. That would have been good in itself, but there were, in the last 5, 3 species I hadn't seen on the reserve and one which I added as new for the county in last year's square!

I'll have a bit of a break (as if! flies all week next week) and then re-think my targets. I want the reserve list to go over 2000 (about 50 to go) and I have some minor targets on taxon groups. Maybe I'll push through this time for the 1500.

Reasonable progress despite the weather being more like October than June.
Photo opportunities have been a bit limited so this weeks photo is of a Poplar Hawk-moth at Thorne from a couple of weeks back. 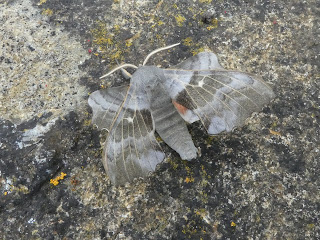 And the numbers for the two sites are as follows;

So the clock turned over to 950 this morning when I realised I had failed to thus far record the abundant Bird's-foot Trefoil, leaving 50 to find before 21st June if I'm to match last year's effort. I'd like to do that but only one weekend remains. And it's raining. And it's 7 degrees. Well, you never know. It's close enough to try if the weather shifts.

Fish-baited bottle and pitfall traps have been returning good numbers of silphids, including the below Thanatophilus rugosus (new to reserve, new to me). Credit for this belongs in part to Ashleigh Whiffin of NMS who did a very nice presentation on silphids at a nearby ecology centre recently.

The "remaining" list -species already known from the reserve which I haven't recorded this year is ticking down too - 1014 species left. I reckon I won't be far beyond the 1000 this year before the 2k reserve tally comes up. Numbers, numbers, numbers ... still the fascination is in the organisms themselves. Even wrinkly, stinky beetles. Maybe especially ... 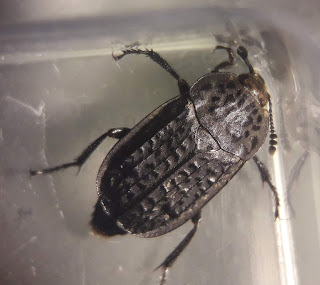 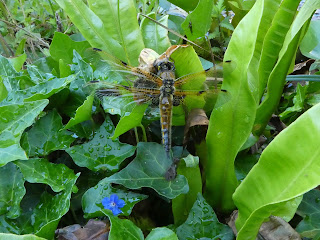