Still adding fairly steadily, partly some current stuff and partly going through some tubes. A few autumn moths included a Delicate, perhaps the best of the autumn, but in a very poor migrant year.

A chill in the air today and leaves really starting to turn. Feels like the pace has slowed up a bit but still ticking along and probably with enough time on it there's loads to be had. A bit of litter sieving turned up only things that were already listed but a new Flat-footed fly (Platytpezidae) for the county will be on the list once the key arrives. i.e. it's not one of the one that's already on the list! 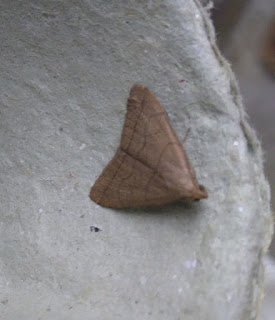 Dalgety Bay - Get in! 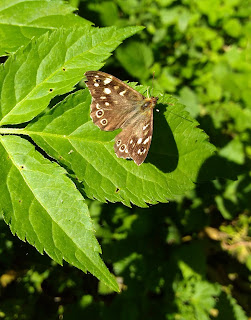 Only 2 Fife records, one of which is from this wood. Been looking for the damn thing all year!
Posted by Ali at 2:51 PM No comments:

In the end it didn't have much to do with psyllids but the title was stuck in my head. After a second failed attempt on the Aepus I managed at the third time of asking - on the 2nd attempt pooted one only to find the pooter open and empty when I returned home! I haven't actually figured out which of the below is a lifer yet, but there are some for sure.

It's all been going so fast recently that I'll just ride the wave and see whether I feel up to a final assault on the 1407. It feels like I probably should. I'm way, way ahead of where I thought I'd be by end of September and there's still a week to go!

Yesterday remarkably saw the square's 11th harvestman species of the year with the new-for-county Opilio canestrinii. I saw some hint last night that other Opilios may not welcome its appearance but I'll need to read up on that today. 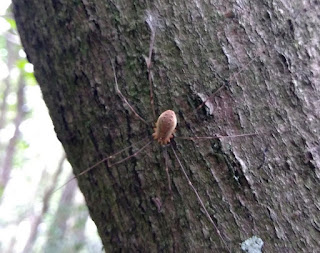 Bugs keep on buggin' so my Hemiptera total is getting dangerously close to entering the bottom end of the PSL hemiptera charts. Parent Bug and Birch Shieldbug both fell into my net from birch yesterday with a bit of persuasion - both species apparently with only one county record before. That's surprising, but I bet I can add both from next year's square (NT1887 - the square where it all began).

It's a schoolboy truth that to maximise your results you should cover all the habitats with all the methods and I've been very lax on beating, relying heavily on active searching and maybe a bit of sweeping at low level. On the plus side that means a switch of tactic has lead to instant gains. .

So the new target is to creep into all-time 3rd place during the next 10 days.

(Edit! I forgot that yesterday I saw a rock that looked promising for Aepus and I found one. Sadly I caught the one example on the end of my finger and the wind took it. Fife has both species, so I'll have to go back and check the same area of rocks)

Skye - lifer from the toilet seat!

About a week ago I was sat on the loo, studying a Pholcus phalangioides in its web (as you do...) when I noticed something small and golden shuffling slowly back and forth where the skirting meets the lino. Having no pot or tube to hand, I flushed the loo and forgot all about it. This happened several times over the next week. Today, however, I had a tube on me....

By eye I couldn't tell if it was a giant, slow-moving springtail, a huge booklouse or a bug. With a handlens I was surprised to discover it was actually a beetle, though a freaky one for sure!

A short while later I was pretty happy I'd found the Golden Spider Beetle Niptus hololeucus, something I've never even heard of before. I pinged the above image to beetle guru Mark Telfer who came back with, "Gripped!!! Don't clean that toilet until I can get to Skye next year!" Unfortunately the house is being pretty much bashed down and rebuilt this coming winter, so I've stuck the tubed beetle in a jiffy bag and will post it off to him tomorrow. Not that he'll tick it, but he can add it to his immense collection of carded beetles.

Can't believe I've gripped off the Mighty Telf with a beetle I spotted whilst taking a dump! Makes me happy :)

In other news, I mowed over a Wood Mouse two days ago. It survived intact, luckily I had the blade set at 1.5inches height! It's taken most of the year, but finally Wood Mouse is on the list. Better yet, today I ambled down to the beach, spied my first Grey Seal of the year followed mere minutes later by my first Otter in the square this year! Fantastic stuff. A female Teal swimming about with Mallards was yet another vertebrate yeartick. Chuck in a few leafminers and fungi and the tally has bumped up to a rather pleasing 1180 species. I actually could make 1200 by month end after all!

Tomorrow I'm meeting the bosses to chat about annual leave. I should have been southbound days ago, but it looks like I'm stuck here at least until the weekend. Ho hum.

... in which I swept and beat a few things for half an hour at lunchtime and stuck out a moth trap.

Result? 5 lifers, three new for county, and probably my most hemipteran day ever.

Moths did their part with one pristine Angle Shades swept from grass being a surprise but Pine Carpet, Streak and Garden Rose Tortrix all new for the year.

Goes to show - you can just never tell.

Dalgety Bay - beating around the bush

With a chill in the air and Pinkfeet streaming in en masse there's a definite feel of change about. I've been trying to build up my spider list with some success (leaf litter efforts and pitfalling to commence soon) but a good side outcome has been some movement on my beetle list - square and life. Two "ladybirds" in one sweep and a couple of nice weevils. Also managed to take my harvestman list to 9 for the year, which is nearly double last year's sad total of 5. Two of them were new to me, apparently, though I'm not sure I believe that. More likely I forgot to note them.

The Anthonomus is a species I aded to the county list at a bioblitz a couple of years back, so this is the second county record. Pretty weevil.

I'm hoping to sneak up on 1300 by month end, but in reality anything above about 1275 would do. The way things went at the tail end of last week, though, I probably should be more optimistic. And I definitely, definitely should do more sweeping and beating.

(edit: I take it back on blackwalli - maybe I should have kept the voucher! NBN distribution)

Dalgety Bay - Am I weevil (reprise)

Been an interesting few days at the tail end of summer (head end of autumn?) as I picked up the sweep net and went off in search of spiders. I had intended to add five more spiders to the list - job done. I'll now try to add another five because it turned out to be too straightforward. While I was at it though I have netted a fair few beetles including Curculio betulae, which has been sufficient to animate the BBC today (link). Some are still in pots and haven't been listed yet. Devil's Coach Horse was the beetle that finally equalled last year's tally. I'm looking like I will break the big six-oh. Impressive stuff, dontcha think? Or about one day in Tim's garden in January. But I'll take it.

Oh! Oh!! And a dragonfly! What was that about, eh? I'm still recovering from that. 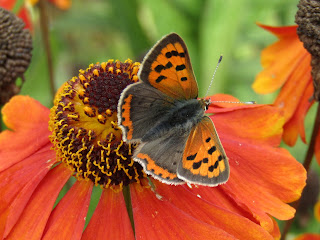 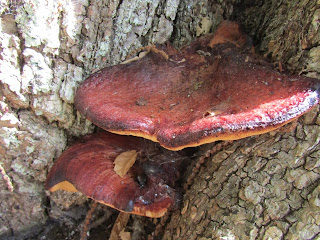 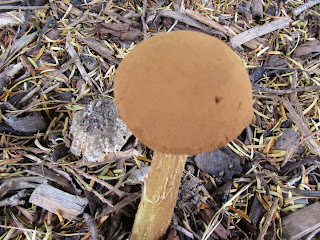 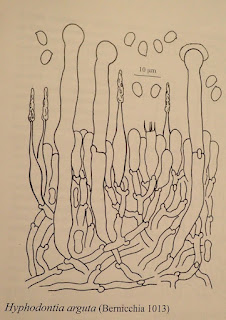