Strangest sighting of the month was, while innocently walking with bins along a country lane in the square, was to be asked by a car driver if I was Pete Forrest! In fact it was Pete Akers who very nearly did this challenge in the adjacent square. Shame he didn't in fact as the coincidence of only c8 participants over the whole of the UK but with 2 of them in adjacent squares would be amazing.

A reprise of springtails with the common Ceratophysella bengtssoni found in the cap of a Mycena, maybe munching on spores. Also a not particularly exciting Oyster Gall on oak.

The springtail ID has been confirmed and only two prior records for Scotland - one from Dalgety Bay in 1934! Two prior Scottish records is about par for the course for a common springtail

I knew that this part of the year was always going to be a time when fungi would come to the fore and as luck would have it I was able to time a meeting of fungi-bothering friends to coincide with a time of decent fungal diversity starting to emerge. I always hoped to have these guys involved at some point, and it would have been nice if I could have moved the piece along the board a bit more beforehand so that we could have gone over 1000 with a corticioid fungus (the main focus of the study group).

As it was I've moved considerably closer to the goal, with just over 20 species left to grab. It won't happen before end of September now, but it might yet happen before I go on holiday in October. 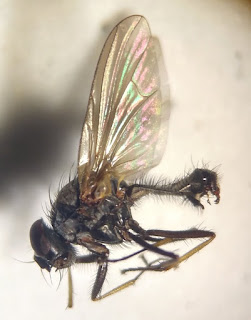 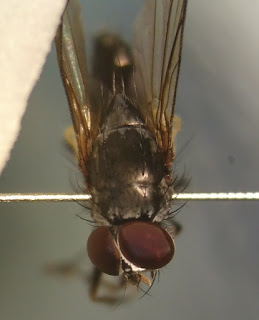 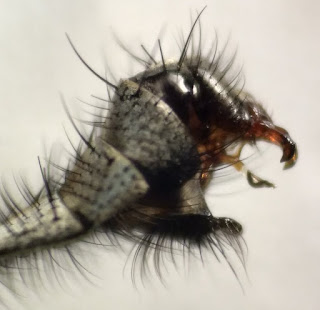 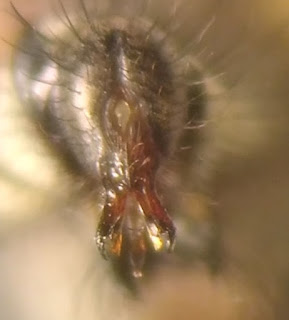 Well I've pulled my finger out and been doing some recording on the patch for a change. Been quite productive with three from the list below being new to me. Still not much in the way of macro fungi. Nice to have a couple of Odonata on the list finally. I saw one in spring that was probably Southern Hawker but not able to get enough on it to be sure. I didn't get much birding in during the spring so maybe the autumn could be productive for this group as lots of commmon birds are missing from the list.
849. Arctic Tern
850. Hedge Parsley
851. Lesser Burdock
852. Common Knotweed
853. Lycoperdon pratense
854. Migrant Hawker
855. Purple Glasswort
856. Common Fleabane
857. Sea Rocket
858. Common Mallow
859. Coal Tit
860. Marssonina punctiformis
861. Leiobunum blackwalli
862. Opilio canestrini
863. Phyllonorycter corylifoliella
864. Lyonetia clerkella
865. Coenosia pumila
866. Hydrophorus oceanus
867. Coenosia agromyzina
868. Stomoxys calcitrans
869. Common Darter
870. Firecrest
871. Spotted Flycatcher
872. Colletes hederae
873. Aceria macrochela
874. Sargus bipunctatus
875. Uncinula bicornis
876. Chrysolina banksi

After Friday's new Fife fly while searching for moss I found another new Fife fly while searching for moths. This is a cracking little thing and my first in the Keroplatidae. It's only Fife's 2nd recorded one as far s I can see though there must be lots more. Fortunately it did me the honour of attending my MV trap and even more fortunately (for a change) wasn't in the Mycetophilinae so I actually had a key for it!

I bagged some water cress also on Friday and was pleased to confirm the species which I had suspected was really the more common (in the county at least) hybrid.

Sunday turned up some nice mushrooms and all-in-all not a bad weekend, though a September finish seems to be drifting away 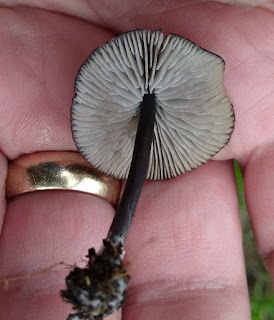 The two steps forward are a nice new county-first soldierfly Sargus bipunctatus and the more routine Spruce Carpet moth. Yesterday lunchtime, having added one moss species to the list, I decided to target another. Not long ago I discovered that a small stream ran through someone's garden and exited at the coast. This wasn't apparent until the house owner cleared the garden of all the overgrown vegetation and exposed a couple of small "pools" (Belfast sinks embedded in the ground!) . So I went to the bottom of it, outside his garden, to see if there were mosses on a couple of exposed rocks. Short answer is yes, but my first guess at ID (a Hygroamblystegium) looks wrong so we'll come back to that.

I did, though, consider that this different piece of habitat might make it worth carrying a net - good call! Settled on a leaf beside a small seepage-type area was the female Sargus.

A somewhat subdued moth-trapping session last night produced only Spruce Carpet. So far. I may have another once I figure out what it is!

On the "step back" the discovery of Lepista flaccida has rolled out to engulf the previously claimed Clitocybe gibba. Examples of the latter proved to be the former under close examination! This means some record revision must be done, probably including for last year. Dammit.

As I approach 1000 I want to be as critical as i can in reviewing the records so that the total is as solid as it can be. Chances of error are still > 0 of course, but that's just a fact of life.

A sea watch yesterday got me my first patch Balearic Shearwater but it was a mile out to sea so couldn't have it for the 1kmsq but today a juvenile Sabine's Gull drifted right into the square after spending 10mins on the tideline just outside the recording area. The flies are from my visit on 28th Aug which includes a very impressive hymenoptera Heteroplema amictum. Really ought to start pulling my socks up now, getting left behind.
838. Orygma luctuosum
839. Coenosia testacea
840. Thoracochaeta zostera
841. Lispe caesia
842. Pherbellia cinerella
843. Minettia rivosa
844. Delia echinata
845. Heteropelma amictum
846. Sabine's Gull
847. Black-tailed Godwit
848. Autumn Ladies Tresses

After a hell-for-leather rush over the 900 barrier it seems that the next slow cycle is here. Material is on pins and in pots but the wheels of identification grind exceeding slow. Fungi especially I can spend a lot of time on without a satisfactory answer.

Last night I managed to key out both of the things I attempted, only to discover that I already had recorded one of them. Well, it was an anthomyiid and I felt pretty pleased about it anyway, especially since of 47 couplets in the genus key it keyed out on the 47th!

The nice shiny new list addition is the solitary wasp Mellinus arvensis. This is the 4th one I've keyed out in my new solitary wasp book and takes me to 33 for hymenptera - about 23 more than I expected I think.

Birds are just .. let's not talk about birds ... have a wasp

Also since I have a photo here's Hygrocybe acutoconica, which used to be called H.persistens. The latter (former) name was much better because this is one tough Hygrocybe - with a gracile stipe and not discouloring it will hang around for weeks.

First of all congrats to Seth for sneaking past 900 in stealth mode (hopefully we might hear about it soon!)

Last night I visited the usual haunts with little success - hoping to connect with a Black Tern or perhaps some lovely full-spooned Pomarine Skuas ... anyway ... that didn't happen. So I took an unusual route home along the roadside. I haven't invested much time on that area, which is probably a mistake. It's better to cover diverse habitats obviously. Anyway, it came up trumps with a garden Birch producing a single Brown Birch Bolete, a short grass verge yielding Lesser Trefoil, which must have been there forever, and some nice Short-spined Puffballs (Lycoperdon molle). Really "spined" is a bit of an overstatement. 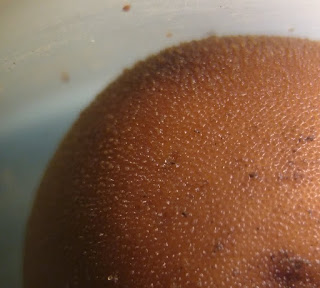 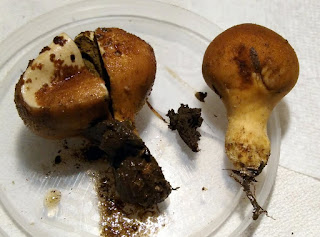 Faced with an evening of microscopy and a wet lunchtime what should one do? Ordinarily I would have worked a small backlog of flies but since I worked three inverts last night and only got repeats I decided instead to poke around in the woods. Keying fungi can require patience but since I was home alone with the manchild I thought I'd have lots of time after he was off to bed. Still there was some easy pickings to be had. The post bedtime headbanging produced only one redetermination and one solid ID, although to be fair it was mixed in with work on some off-topic material from the weekend. 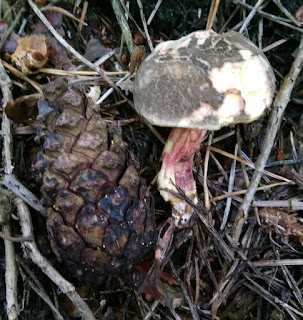 Finished the month on 564. This was quite pleasing really as, at the beginning of the year I had estimated, that - given my knowledge of the habitats and access in the square, my knowledge of which groups I can identify, literature available and the biological recording equipment I posses - 560 would be a reasonable expectation of what I might record in the year. Cleary hope to press on to above 600. And perhaps 700 if I can start confidentially identifying a higher percentage of all the fungi I am seeing. To this end I have recently joined the Dorset Fungi Group and on the first excursion of the year one of the main identifiers of the group made the mistake (!) of giving me his email address and saying 'sure I will be happy to confirm any identifications of photos of fungi that you send'

Anyway enough about my month of recording, the burning national question of the moment is who is going to get to 1000 first this year?!