Light trap provided the goods with NFY species these past few sessions being Oblique Carpet, Lempke's Gold Spot, The Snout, Common Wainscot, Grey Arches and Double Lobed. Also Rush Veneer and Dark Arches in the bathroom on consecutive mornings and a huge patch of Lesser Knotweed that I've been walking past on an almost daily basis - looks quite striking now it's in flower! 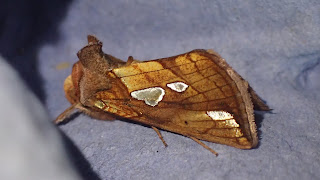 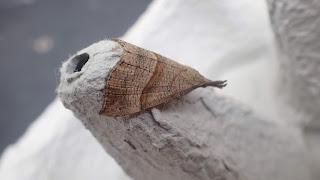 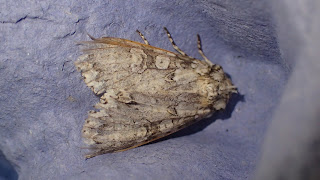 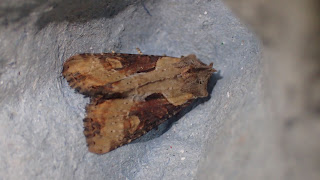 And the round numbered one was....


All of which puts me on 1002 species. I shall have to show some extraordinary effort over the next eight weeks or so if I'm to keep abreast of Andy's surge forward in his 2013 record setting year. As for keeping up with Tim...pfffft! :)

Edit - just dropped back down to 1000 species from this morning's 1002. My Gold Spot was another Lempke's and my Plain Golden Y wasn't quite plain enough, just a heavily abraded BGY. Grrrrrr..... Of course, I've buckets of stuff awaiting ID but they don't count. Yet.

Double Edit - I  forgot to add last week's Aethes smeathmanniana into the tally, so I'm back up to 1001 species!
Posted by Gibster at 9:59 AM