I first heard about this challenge in early December when Nick Moran came to talk to the Leics. & Rutland Ornithological Society. At that point, as far as I knew, it was going to be a personal quest and I didn't really give it any thought other than thinking that 1000 species in a 1km square could be quite straightforward - given the right square!

Once Andy declared his intentions publically, set up this blog and offered an open invite for others to join the challenge, I started thinking about it a bit more. After a fair bit of cogitating, pondering, checking and generally dithering, I've decided that I will give it a go. I will however state that whilst I still think 1000 in a 1km square is perfectly do-able, I genuinely don't think I'll be doing it in my chosen square - my home square. There are several reasons why my home square is not the best for this challenge - not least that it is mainly sub-urban housing on the edge of bland farmland with the M1 splitting it. Because of the M1, and to at least try and improve the habitat diversity to include a small brook, I've shifted the square 500m east (hence SP5595 ish). I posted a bit about the challenge and my chosen square on my blog.

I've decided to have a go for a few reasons: to add some incentive to getting out locally in all seasons; to challenge myself to find and ID more 'difficult' stuff; to re-invigorate my garden mothing (2012 has been pants), and to force a bit of discipline in getting my MapMate records entered in real-time. Whilst I will be giving it a fair go, I will also state that this will not stop me visiting other sites in VC55 and around the UK as and when. Since I worked out my pan-species list in late 2011 I've developed a habit of wanting to see, ID and photograph more new things!

I'll be relying on the garden moth traps accounting for c45% of the total, hopefully including bits like this one from this year: 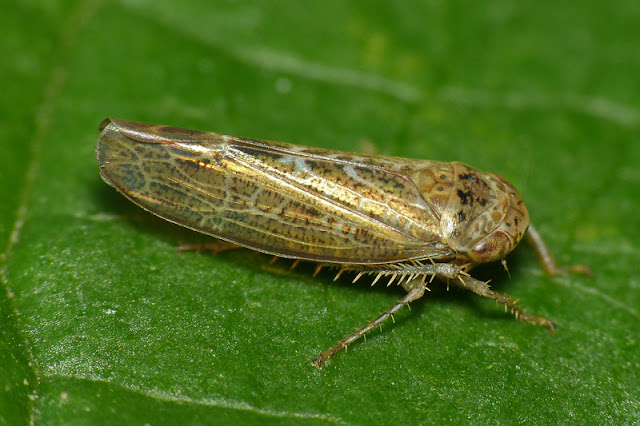