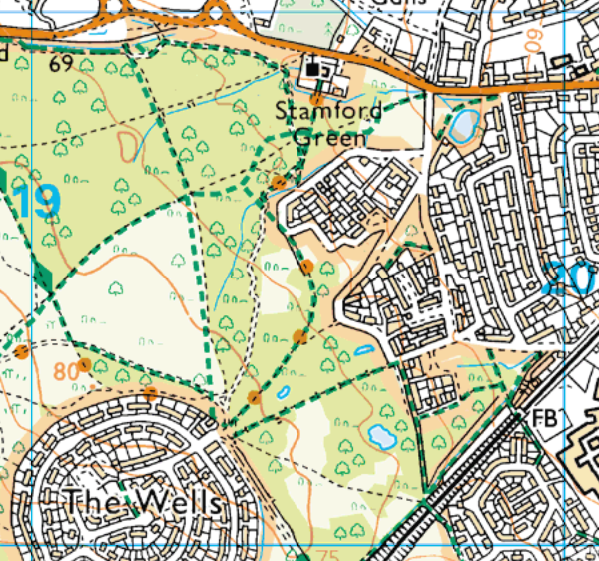 My chosen square is TQ1960 (much of which is built up and heavily populated) but has the very distinct advantage of having most of the remainder fall on top of my beloved Epsom Common, SSSI and recently LNR.

I’m hoping that urban leaf mining and botanising sessions will turn up a few gems on the estates, failing that I plan (hope!) to be active early enough in the mornings to avoid the bulk of the local inbred kids, the packs of slobbering Staffies and the obligatory smart-arse boy racers.

Epsom Common itself has been my playground for well over twenty years, I know it well. The Great and Stew Ponds fall outside of TQ1960 as do the chalk-influenced eastern areas and the main heathy habitats.  Despite this, I reckon the mix of deciduous woodland, relict heath patches, various small ponds, an open meadow area and large amount of dead wood will give me a really good fighting chance of hitting 1000 species in 2013. At least it will if I ever manage to get my head round some more invert orders!

I actually live just outside the square in TQ2060 which means I have automatically forfeited any species attracted to a garden-based moth trap. But it also means I don’t have to try and scrape 1000 species out the generally duff habbo that is Epsom High Street, the associated car parks, office blocks,  the railway line and all manner of naturalist-unfriendly areas!

Best of luck to all, see you on the winning podium! ;)

Posted by Andy Musgrove at 8:42 PM