Welcome to the Mighty NG3963 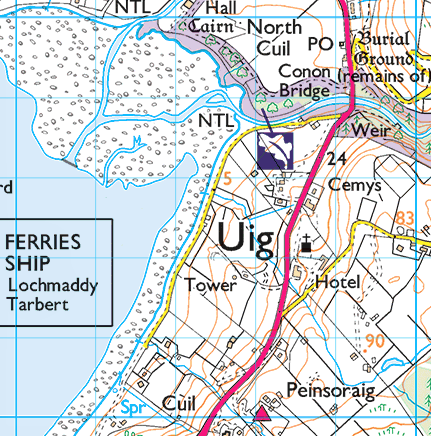 I moved to Uig at the start of December 2016 after gaining work here. Bit of a contrast from the Isles of Scilly where I spent the summer time and from South London/Southampton where I've spent the past few decades.

In my square I have lots of very gently sloping beach (lots of wracks and rocky debris on the sands but tragically no actual rockpools). Judging by the empty shells strewn across the sands there are a large quantity of buried bivalves awaiting discovery. A gull flock is usually present at the river mouth and I live in hope of finding something good amongst them. Ivory Gull was found here a few years back!

There are two rivers that spill into Uig Bay, The Rha and The Conon. The latter runs through the largest chunk of deciduous woodland to be found in the northern half of Skye - the imaginatively named Uig Woods. It is owned by the Woodland Trust and the section east of the A87 is a fine example of Celtic Rainforest with remnant Atlantic Hazelwoods on one slope. The valleysides here are ridiculously steep (sheep fall off and get swept out to sea!) and help create a humid valley where lichens and bryophytes abound. I expect invertebrate interest will be quite high here in the warmer months. Unfortunately this may be largely composed of biting midges, but needs must.

Most of the land east of the A87 comprises open hillsides used for grazing sheep with limited access. I suspect the local farmers are of the shoot first and ask questions later type. A small cemetery adds interest by way of its lichen/moss covered walls.

I live pretty much slap bang in the centre of NG3963 so can merrily count anything attracted to the windows/security lights at night. I don't currently have a MVL trap, but that may well change. I have a microscope, I have some literature and keys. I have enthusiasm and I have my own blog (check out uigboy.blogspot.co.uk ) Looking forward to seeing if 1000 species is achievable this far north.