A nice square in the Kingdom of Fife - Dalgety Bay. Sadly just near my house rather than containing it, so all my MV trapping counts for nowt. I am hopeful some trapping still may be done, though. Three woodlands, a beach, a rocky point and a bunch of houses as well as potential seabirdy action all suggests 1000 species shouldn't be a stretch. It will require some focus to do it in a year though. Since October I've recorded 300 species and that includes barely any invert action. It doesn't hurt that there's lots of lichen substrate and all the lichens found last year will pretty much be in exactly the same place they were in December. I just have to go and write them all down again!

It would be nice to record four Skuas and to see another otter. Also a couple of species of whale please! 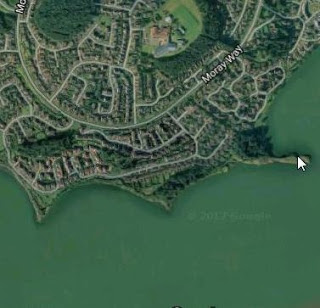