I've been shamefully slacking on the 1KSQ front recently. Actually that's not quite right - I've been slacking with the blog write-ups as I tend to leave them until late evening then wonder why I'm slumped over the lap-top after just two minutes. Possibly too many surveys last month - the Pearl-bordered Fritillary re-introductions are clashing with the bird and other butterfly surveys around the High Weald .... and the gardening gets a bit ballistic too with everything growing at such a rate of knots. OK - excuses over - I'm just cream-crackered - too much fresh air and I'm getting on a bit! Possibly O/D'd on the moth-trapping too - had to switch it off at 2am on Sunday morning as the bats were in danger of mopping up everything and anything flying just above and around the trap. I watched for ages in the overgrown upper meadow but after a while there was such a bat-fest going on I decided enough was enough. I think the Brown Long-eared's are back - although I was only picking up Pipistrelles.

551 - Ruby Tiger Phragmatobia fuliginosa - 21/5
552 - 14-Spot Ladybird Propylea quattuordecimpunctata 22/5
553 - Aspen Populus tremula  - 23/5 in the front meadow all this time, suckers and all. I’ve walked past it loads of times, glanced at it once or twice and mentally dismissed it as ‘just another sallow’ with all its very pale, almost white greenery. My tick of shame .... or one of them!

Around the plot on 27th May ....
563 - Common Carpet Epirrhoe alternata - two caught at dusk with the net
564 - Soldier Beetle Cantharis pellucida - appeared from nowhere in the workshop - must have been on some hawthorn blossom I’d picked.
565 - Glow-worm (beetle larva) Lampyris noctiluca
566 - Dor Beetle Geotrupes stercorarius

Around the plot and Church & Castle bridleway Sunday 2nd June:
606 - Rough-stalked Meadow Poa trivialis  So many mystery grasses on this plot to ID  .....
607 - Sheep’s Fescue Festuca ovina  by some of the churchyard tombstones
608 - Black Briony Tamus communis along the bridleway

609 - Yellow Sorrel Oxalis stricta  miniscule where it had been strimmed or rabbit-grazed by the tombstones in the churchyard
610 - Common Blue (butterfly) Polyommatus icarus ....  my 1st of the year!
611 - Hornet Vespa crabro   ditto

Just a small selection of pics of recent stuff  ..... 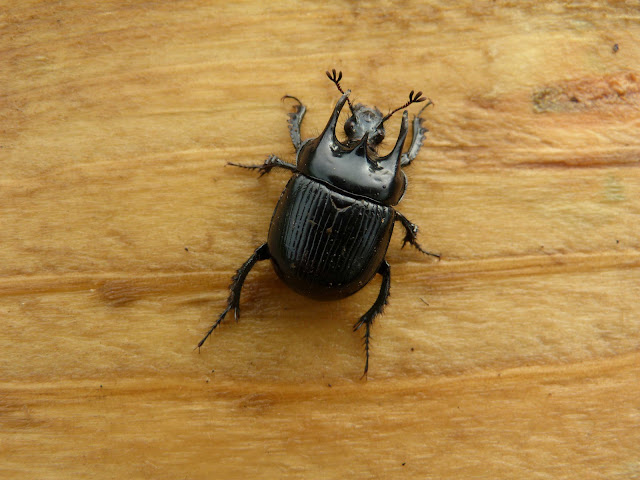 Minotaur Beetle - not a new tick as this was my first invert of the challenge but they just keep turning up in the upper meadow. It looks good for dung beetles (as well as moths) up there ..... 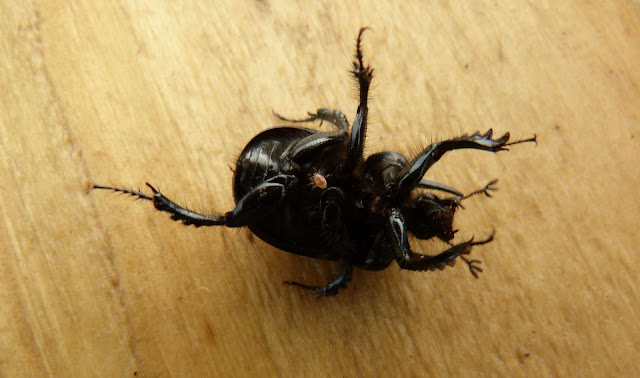 This one had a little mite (or two) hanging on for the ride ..... are these the same as Bumble Bee mites or are they specific to beetles? 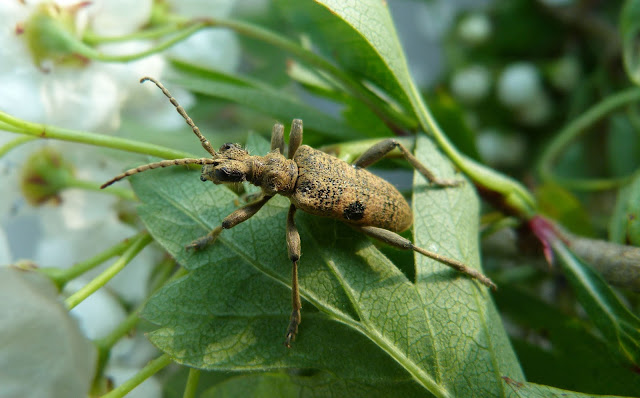 Longhorn Beetle Rhagium mordax - landed on my finger while I was photo-ing hawthorn blossom. If only they were ALL this easy to find …. 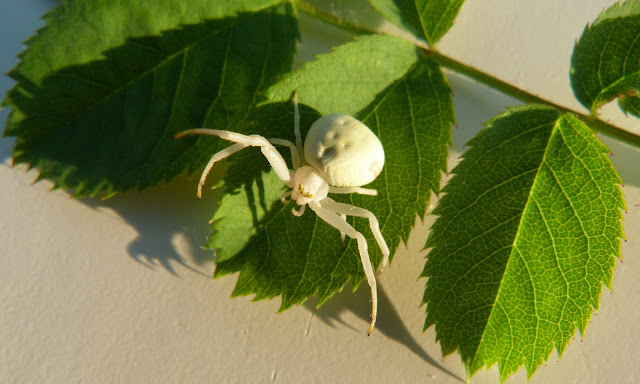 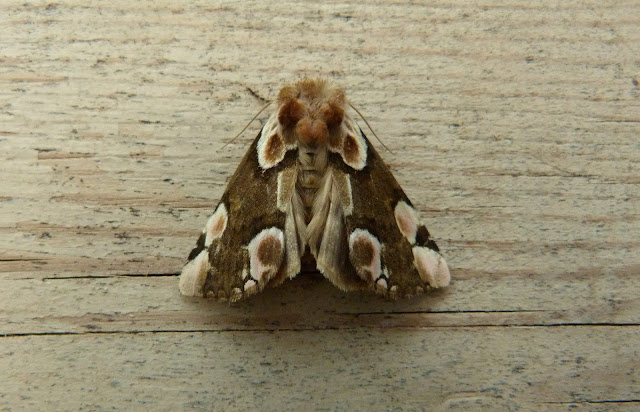 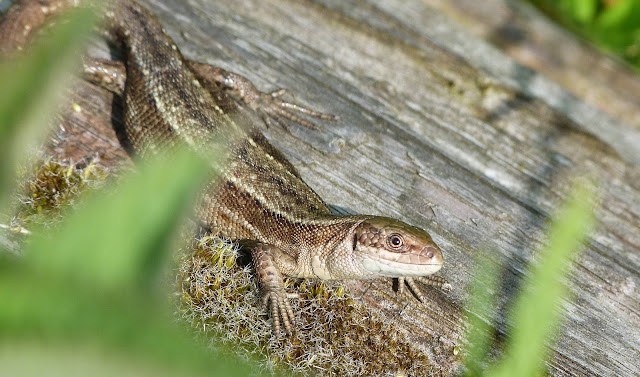 Common Lizard - one of several on the old (horizontal) telegraph pole by the parking area. I ticked it a while back but it's only now warm enough to get them to pose for photos .... 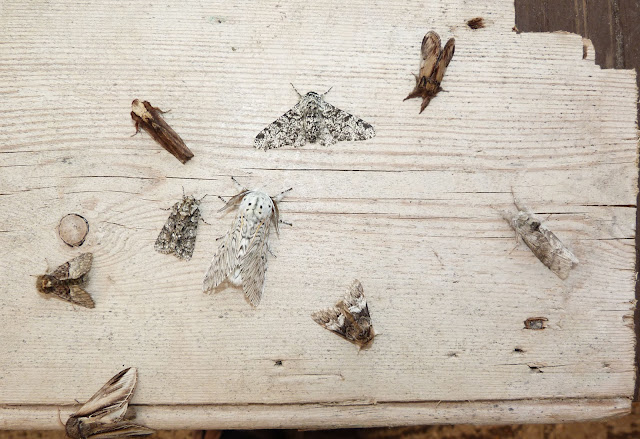 A sample of Saturday night's catch  - took me ages to train them to sit still for the camera .... 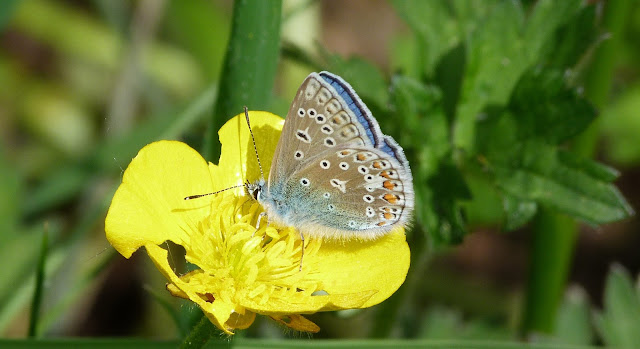 Common Blue Polyommatus icarus  Pleased to see one back in the water meadow just S. of  the Castle yesterday afternoon 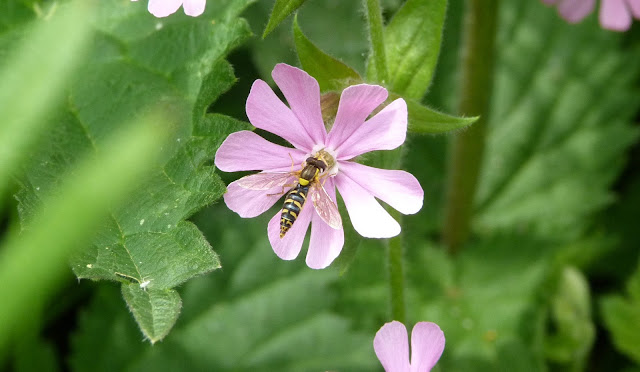 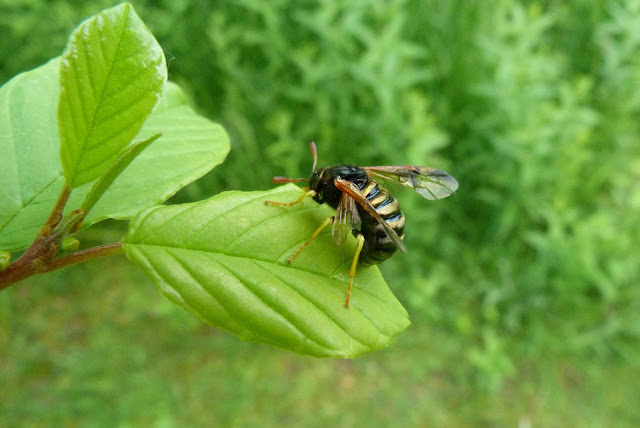 No luck so far with this one either (saw-fly?) .... and a couple of mystery beetles, a spotless ladybird, another hoverfly,  a weevil and even a couple of plants evading ID! And some micros and Caddis Flies are still in the in-tray .....