Well, it's been a while. Things have happened. Kicked off big time. At the start of July I was sitting just shy of 700 species, metaphorically wrestling with ground beetles. The moth trap was doing quite nicely, producing a few new species each night, but things hadn't really moved into top gear. That changed with the onset of warmer weather, and on 7th July I added four new odonata, namely broad-bodied chaser, blue tailed damsel, hairy dragonfly and banded demoiselle. These were followed later by southern hawker, ruddy darter and emperor, the ruddy darter on my still pretty new pond. 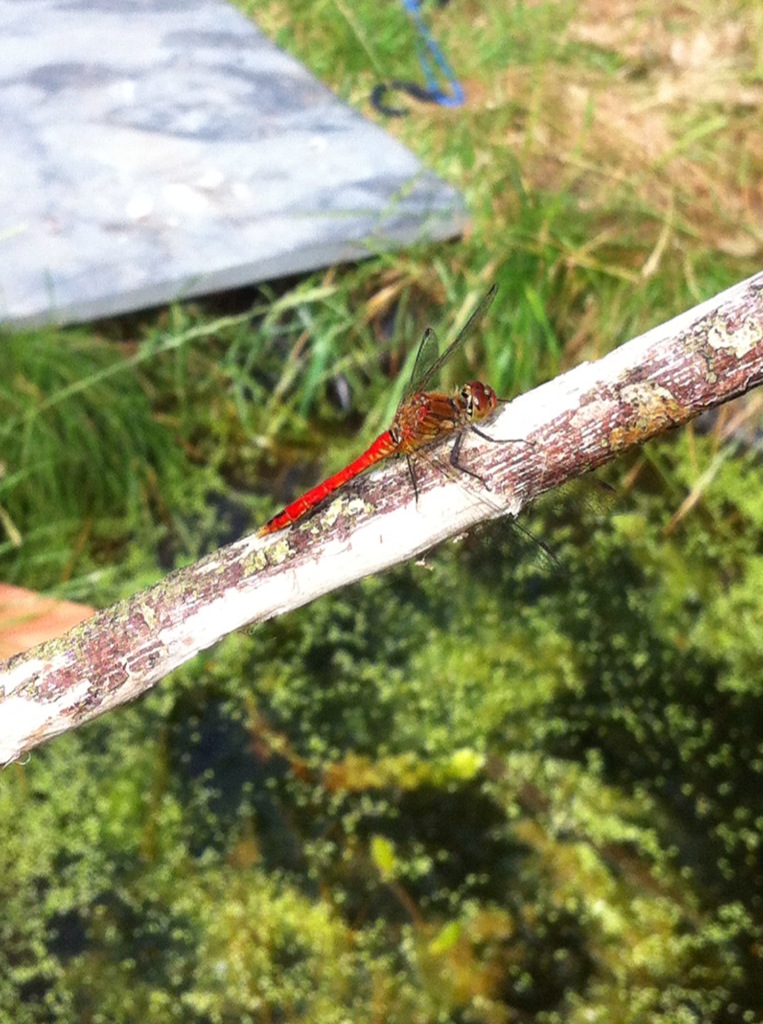 The pond has also produced some water beetles (seem very hard to identify), and greater and lesser water boatmen. Otherwise, it's all introduced bits and pieces I think. However, the list of arable weeds has become quite impressive, with the addition of small toadflax and sharp-leaved fluellen, and the list of sedges, which I expected to be non-existent, has grown to six (hirta, caryophyllea, otrubae, divulsa, muricata, remota). However, it's the Lepidoptera that have been the real stars of the show, with 179 new additional species of moth (and butterfly) in July alone. King among these was the stray female dark green fritillary I picked up, many miles from the nearest colony I know of: 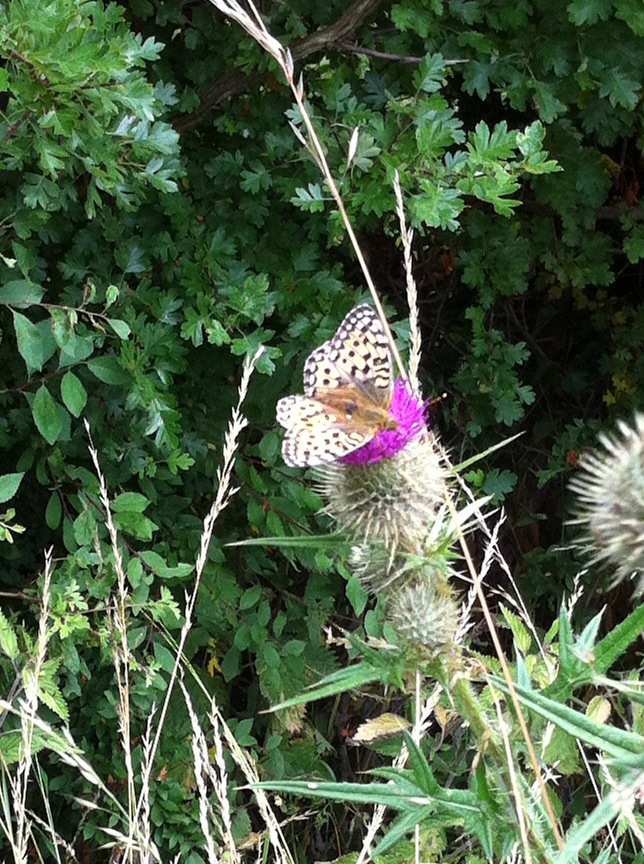 The evening before I had seen purple hairstreaks fluttering round some nearby oak tree, and a six-spot burnet moth feeding on some teasel by the stream. All in beautiful, warm, summery conditions, a truly golden couple of days. Anyway, by last weekend, I found I was in a position to make an assault on the magical thousand, but with limited time due to ICC (imprtant child commitments). A quick poke around in the local plantation gave me a few more beasts in pots to ID, including this violet ground beetle: 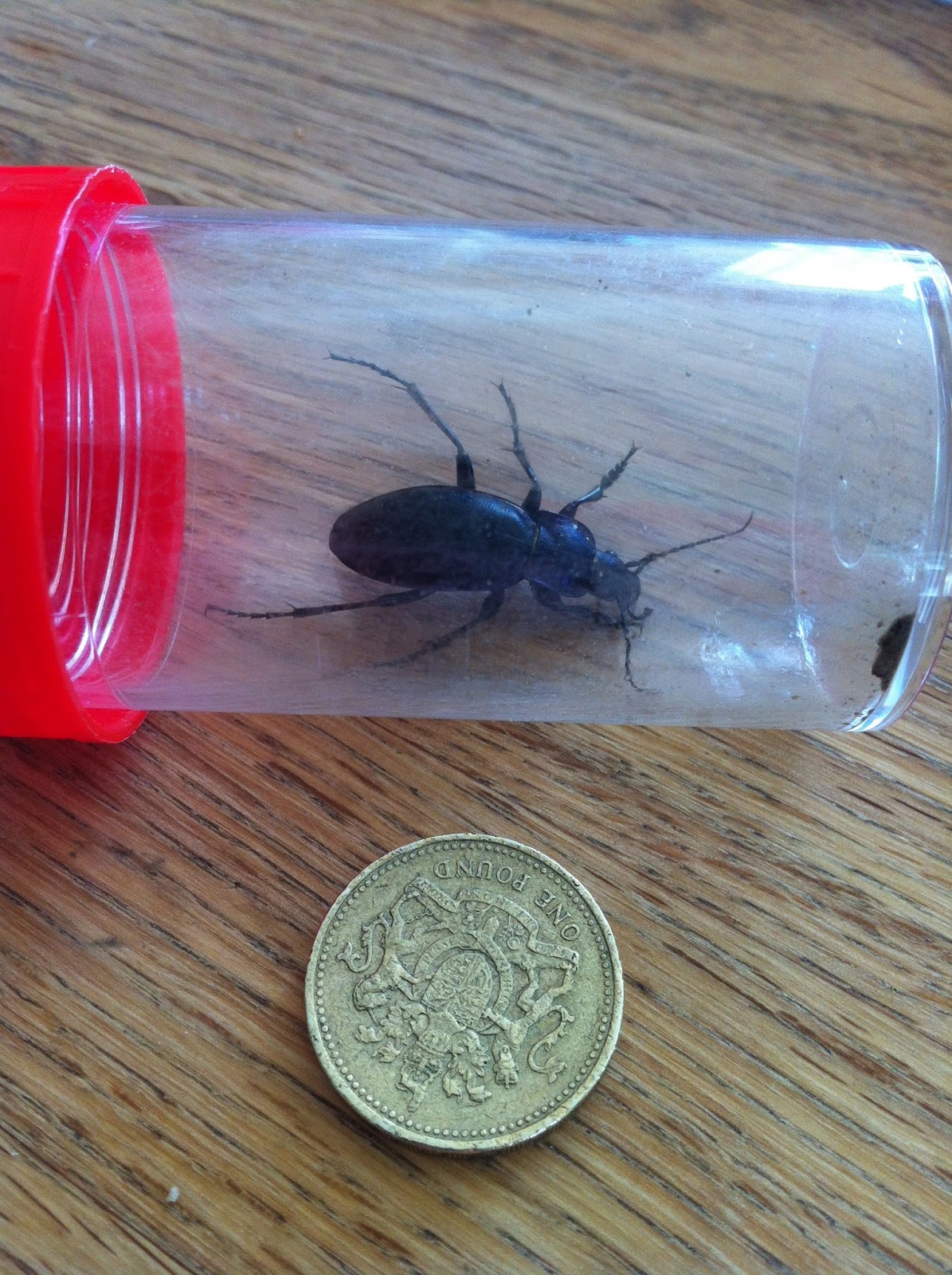 So, at the last gasp, which species was going to tip the thousand for me? I toyed with the idea of counting Homo sapiens, as my daughter Zena really wanted to be No 1000. But I resisted that temptation, and made her No 1001, my reasoning being that humans are no more of a species than any other. So, here it is, No 1000, the (dead) hairy darkling beetle. Hoorah! What will No 2000 be? 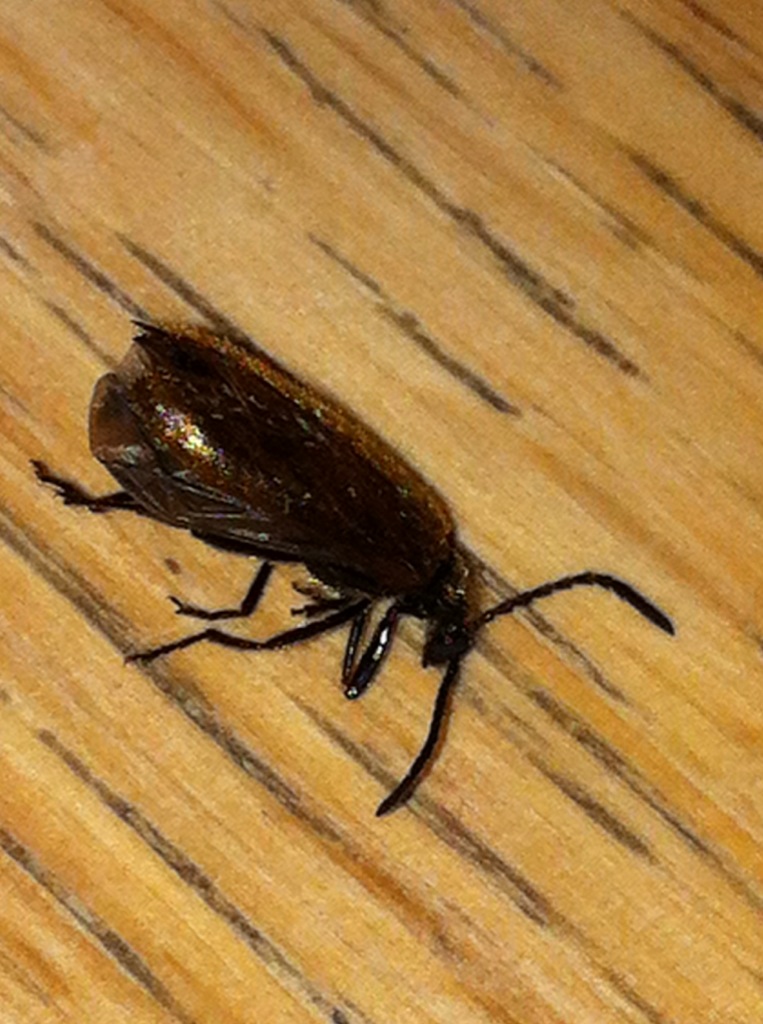 PS I will put some moth photos on the garden moth challenge blog. Latest score 1007:-)
﻿
Posted by Robert Yaxley at 10:06 PM