Just a handful of new species to get me past the 750 mark. A long way to go but quietly confident now that 1000 is attainable although I don't plan on giving up if and when I finally get there. The moths have helped no end and eventually (and it's taken a while), I'm very slowly getting into micros! Lots more (of everything) to look forward to .... well, apart from birds maybe. Still no Barn Owl or Spotted Flycatcher ....

741 - Light Arches Apamea lithoxylaea caught via the hand-net outside the workshop door earlier this week  .... 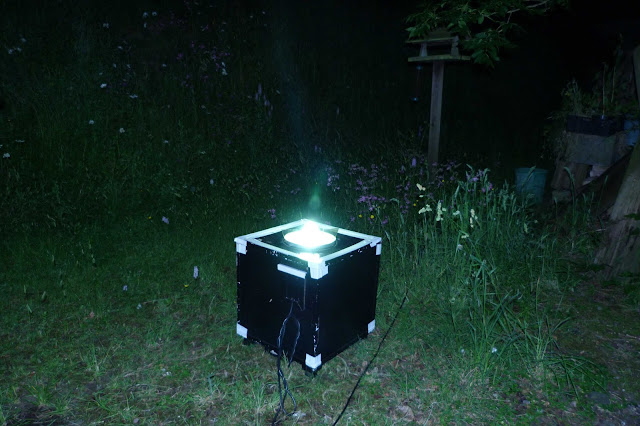 The Heath Robinson moth-trap behind the barn ..... home-made by some old boy who passed it on to a customer of mine who then bequeathed it to me quite a few years ago now. It's held together with horticultural sticky tape and will probably collapse in a heap one night soon 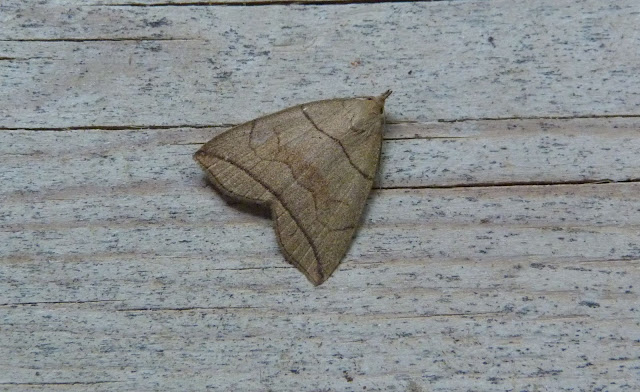 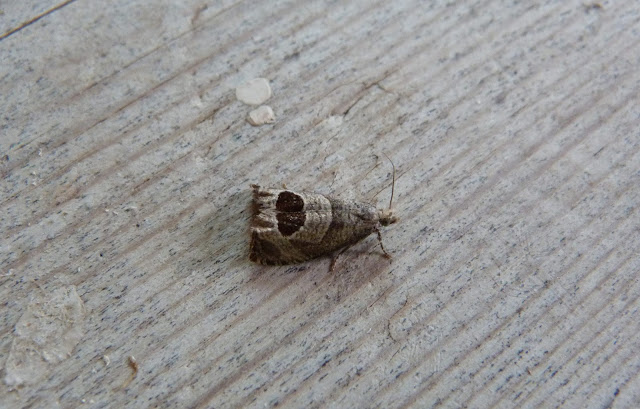 Having said I'm slowly and belatedly getting into micros ..... I haven't got into this one just yet. It looks an easy ID but can't find it in the MMGBI field guide. Anyone put me out of my misery? 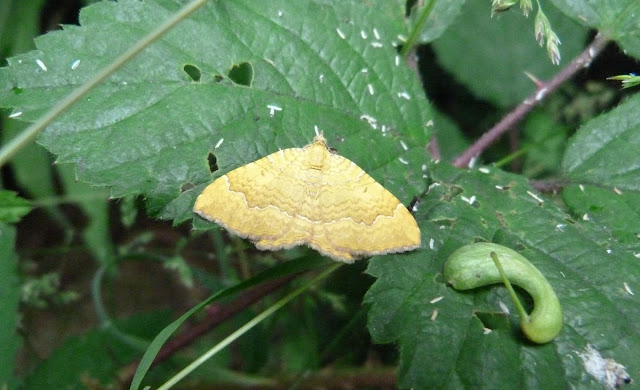 But no such probs with Yellow Shell Camptogramma bilineata (found during daylight hours) .... 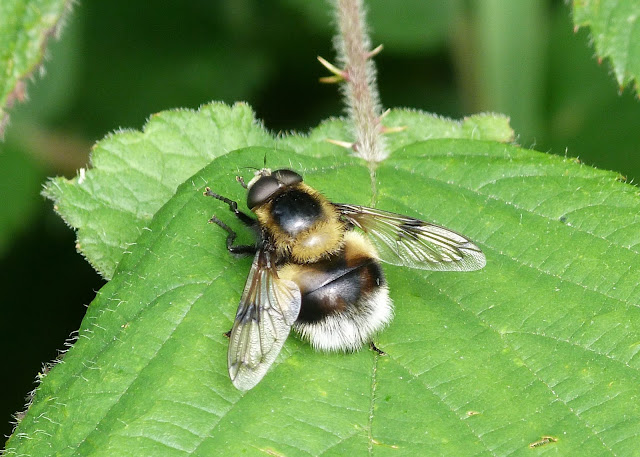 Hoverfly Volucella bombylans (bumblebee mimic). Ticked last week but this one hung around for a photo or two .... 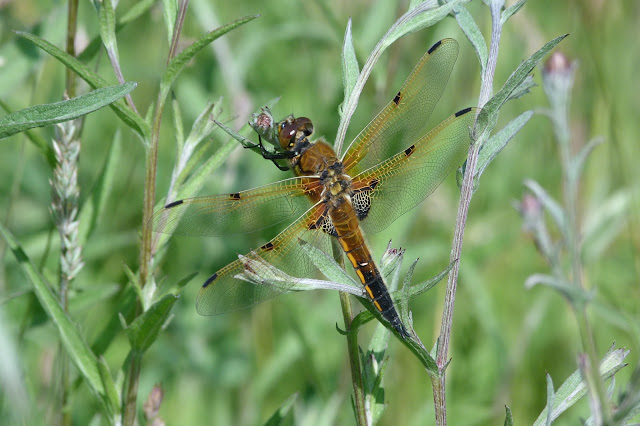 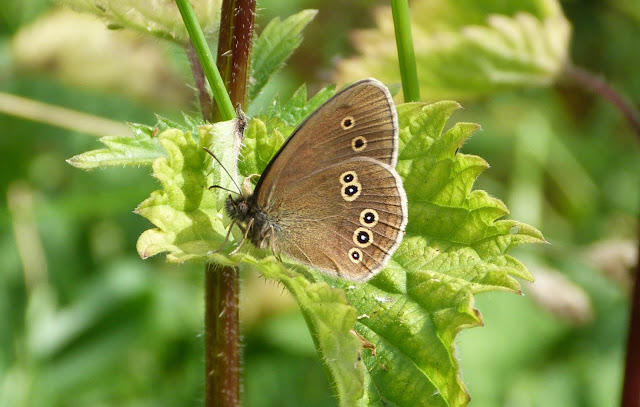 A first Ringlet Aphantopus hyperantus of the year for me here at the plot yesterday morning .... 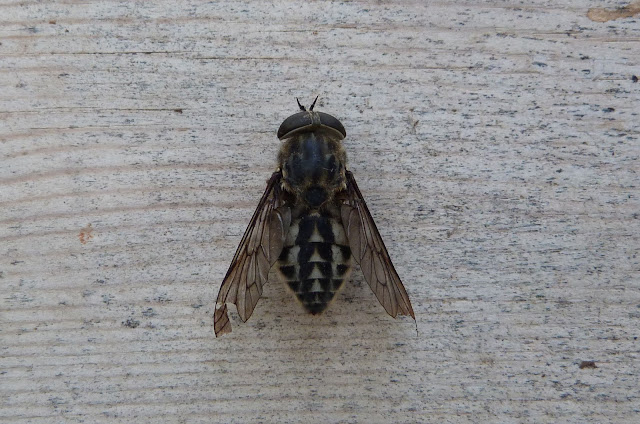 A rather tatty Large Marsh Horsefly Tabanus autumnalis .... which fortunately came to the moth-trap rather than my arm or leg. 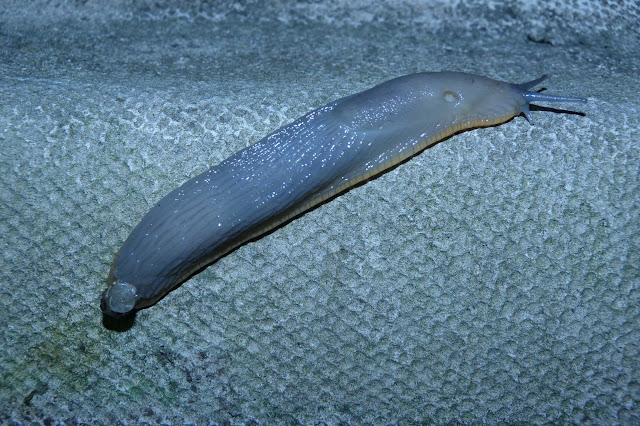 Doesn't look much like Shelled Slug Testacella scutulum to me but what else could have that strange rear end? It crawled up this old roof sheet near the moth-trap the other night 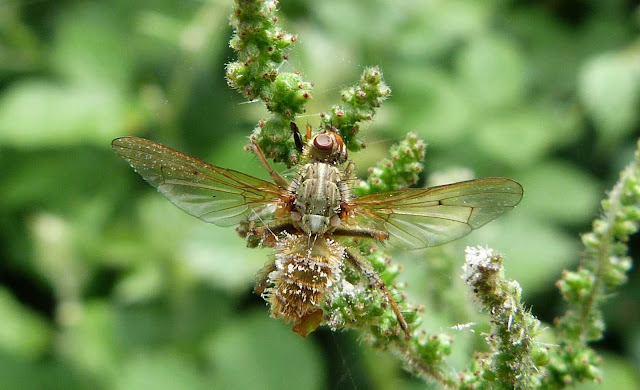 All I can tell you about this is that it's possibly a Saw-fly of some sort, it's on Stinging Nettle .... and it's well dead!


Three-quarters of the way there now on 751 species
Posted by MikeM at 9:40 AM