What a bumper month July has been for moth trap results - which is perhaps as well really because it's been too hot do much bug huntin' during the day. I passed the 1000 mark at the time of my last posting, and have now moved on to 1048 as at 20th July.  The 'cream' of my finds have been the bug Miridius quadrivirgatus which is rare in our area, but the outstanding one came from last night's moth trap a VC55 County first - the moth Evergestis limbata - so far off limits in Leicestershire that it wouldn't even have made a list of possibles. 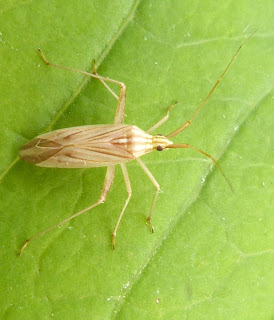 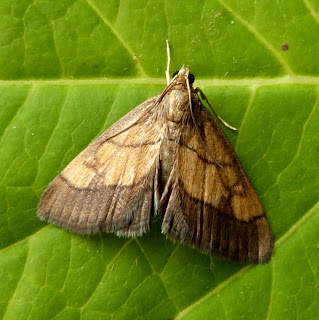