For the unenlightened, Bikini Bottom is the home of the one who lives in a pineapple under the sea - Spongebob Squarepants: 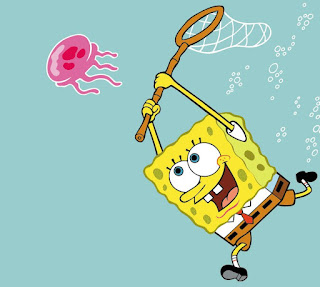 While doing not very well at vismigging on Saturday morning in still, clear conditions I decided to do a brief circuit of the point. Noticing that the water was very still I decided to get up high and see if I could spy out any jellyfish. O my prophetic soul! At first I found a few Lion's Manes, apparently hunting close in to the rocks. Then I found one or two Blue Jellyfish also getting in on the action. I had actually thought I might get Moon Jellyfish, and I still might, but getting two on one day was awesome. We are in the midst of a Tree Pipit movement, but I didn't hear or see a one. I did finally manage Swift and House Martin though. 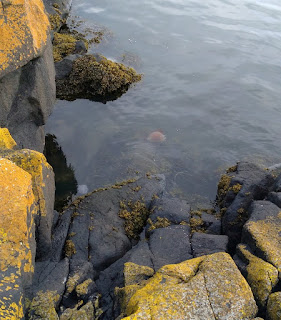 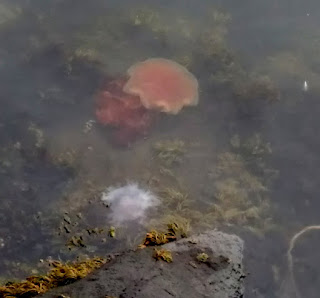 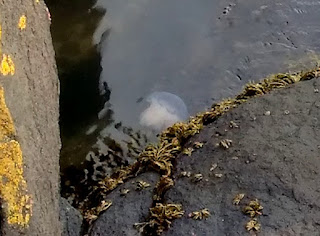 Yesterday I went out for a walk with my wife, who can sense a wild berry a mile away. Walking up a path I've walked several times she suddenly stopped and started tucking into some wild strawberries. I knew they had to be here somewhere. She also found the raspberries, already on the list. If I ever need to play survivalist I surely married the right woman!

The grass-bashing continues, with Common Couch added, despite spending a great deal of time trying to make it be Sand Couch. 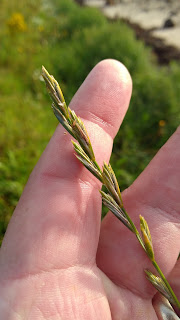