A mixed day of this and that yesterday with more effort on autumn moving birds not being rewarded much. Hopefully a renewed effort on grasses will reap some rewards, at least in an improved understanding of them.

If you had asked me in January at what point Roe Deer would appear on the list I would never have guessed species #782! Still, it's only July I suppose and I may have been more surprised to be at this advanced number. Comparison of number with previous numbers from Cullaloe is interesting. I seem to be at a steady state of what I can identify. The numbers are so constant as to look artificial but despite variations day by day and week by week the overall rate is remarkably constant. 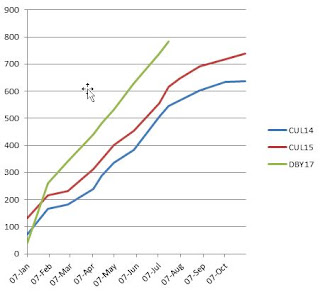 A nice bee yesterday is one of the county's only two Colletes - C.succinctus 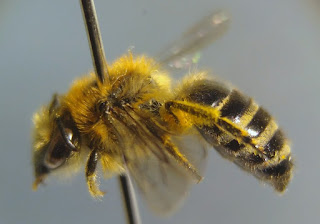