I am going ... OUTSIDE THE SQUARE!

Even scarier, outside the county, but hopefully I can rack up a good few fungi in the company of some mentalist fungus-botherers  while my poor square is neglected for a few days. Until then, though, I had a couple of common species to add today so far - Bombus terrestris and Mollisia cinerea. I reckon I've seen terrestris twice in February but once across my binocular view when I was looking over the water and once as I glanced up from rock-pooling. I also picked up a carabid and a staph which ought to both be new when I look at them closer - the staph certainly is (I bet the carabid is P.strenuus again though). With my in-laws arriving will I get a chance to do them today though ...

Anyway with a nudge from the usual mollusc saviour I have re-assigned Tandiona budapestensis to sowerbyi. I went back and forth over the central sole colour so many times and plumped for the wrong one, naturally. Anyway, here it is and here are my numbers. 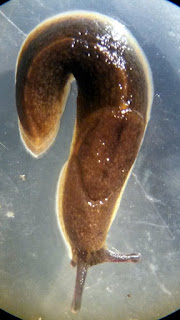 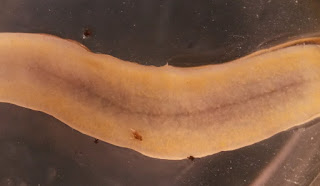