With much improved weather and no domestic duties to perform at lunchtime I was able to go out and play in the spring sunshine, vastly increasing my chances of tipping over 300 this month. After finding Strigia maritima in December 2016 I finally re-connected with it in my new square after failing to for the entirety of 2017! A very centipede-y couple of days.

Last night I was able to figure out the 10mm long Geophilus truncorum, which is new to me. Maybe I'll even start to figure out how to handle millipedes, one of which I still have issues with despite its apparently being an adult male with appendages.

(might as well throw this out there because it will be obvious to someone else! I had it down as Craspedosoma rawlinsii to begin with but I can't convince myself) 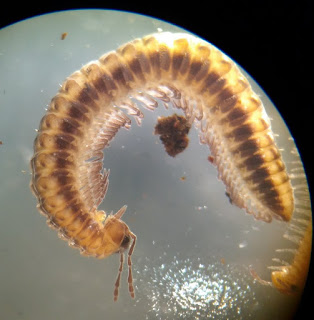 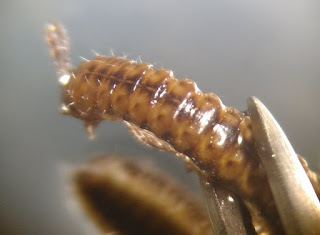