Quickie update with a typical trio of gorse beetles beaten out of coastal gorse (no Lonchoptera though - surpising, though it was very cold). A routine trio of Micrambe ulicis, Andrion regensteinense and Exapion ulicis were extracted.

A few other bits and pieces too, including getting ahead of the game on moths with a Brown Rustic caterpillar in a woodland tussock.

A mob of guys arrived at my house this morning at 8:00 and by 8:30 most of kitchen was gone. I'm optimistic that they might not even completely kill off listing for the rest of January, though I'll be removing wallpaper for any spare time I would have had this evening.

New total 278. 300 not out of the question by end of January but it would be a good result.


[edit]
thanks to John Langmaid on the facebook uk micro moths page I can now also add Caloptilia rufipennella beaten from gorse. Gorse and Yew seem to be very good for harbouring wintering small inverts.279! 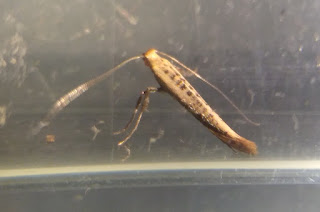 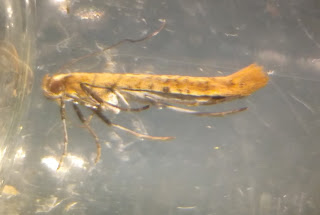