Been busy helping to rip out walls, floors, running cables, shifting stuff, burning stuff, fixing stuff all week. I was due to have the weekend off, but had to just quickly finish fitting a new floor to a staff bathroom which took up the bulk of the morning. Otherwise I'd have been off down the beach to see what I could see.

Which is why the arrival of the only other local birder, waving and yelling at me to "grab your bins and a camera" was met with mixed emotions as he drove me down the road that runs along the top of the beach and very definitely well within the confines of my square. "White-billed Diver out there, was with a couple of Great Northerns earlier" Shit a brick, that was unexpected!

Quick bit of scanning and I thought I had it, though we needed the extra power of Martin's scope to clinch the ID. Fuckaduck, White-billed Diver in the bay! I only managed atrocious pics, here are a couple of the *ahem* 'best'.... 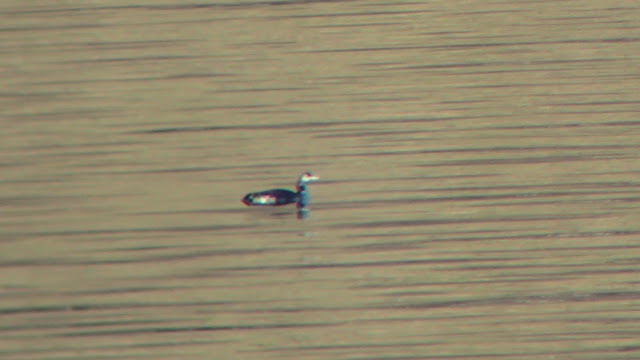 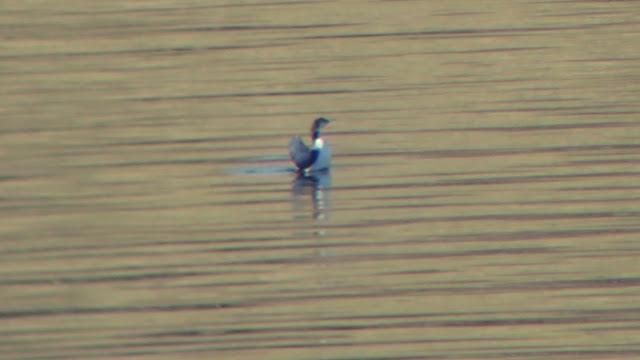 And a HUGE crop just so you can see the banana 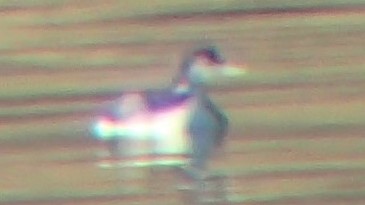 All in all, a bit of a beast! I've seen a couple off Skigersta Head, Lewis and an immature in a creek down in Cornwall, but this is the first I've seen for at least ten years, I guess. Good hit, Martin. I'm just a tad gutted that I was faffing with a floor rather than out and about else it would have been my bird. Ho hum.

In other news, whilst caulking and filling in a back room I found a larder beetle, first one in over six months. I was getting worried we'd actually eradicated them!

Should be able to top 300 tomorrow (it's my birthday, so I ain't workin' it!) though the weather looks pretty awful for the next week or so beginning late tonight. 333 is still my target for end of the month. Crazy fool that I am.