Dalgety Bay - In the Garage

Earlier in the year I noticed that my garden rubbish bin had a collected smear of rotting grass on its rim which had acquired some dipteran larvae and even pupae. So I scraped it off and stuck it in a jar.

Last night when sorting stuff for kitchen work I noticed the jar and had a peek inside to find that I had birthed at least a Sylvicola fenestralis. I'll have another look later to see what else may be in there. 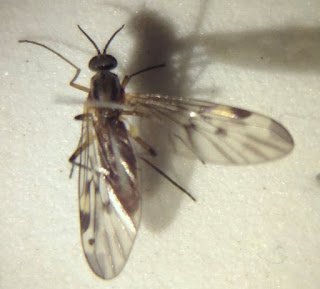 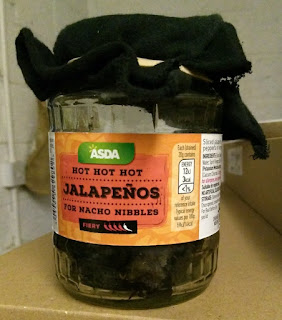