A couple of days ago I saw a spectacularly blue-black fly with a bright silver face and insanely long legs in the Clearing of Wonder (TM). I snagged it and pinned it but had not got around to keying it yet. Yesterday I saw another of the same and snagged it also, and it turned out last night to be a male (very late, since I had other stuff to do until about 11!).

Looking at it every single aspect of this fly was interesting. Its overall appearance was striking, like if you saw a black Ferrari in the car park at Aldi. Its legs were outrageous. The mid legs are incredibly long, and have an upturned spur on the apex of the femora. The hind femorae have a weird "peg" about half way along below and the hind tibia have long cilia dangling down. The front femora are like spiky shovels. They are just absurd. It would be interesting to know why all these things are as they are.

It was already my new favourite fly. And that was before I figured out it was Hydrotaea DIABOLUS. Cool fly, cool name. Apparently this is the 3rd Scottish record (NBN caveats...) and it certainly looks new to the county. Only worth one "point" in the 1KS scheme, but what a point!

Also I had my fifth new hover of the year in Chalcosyrphus nemorum - and before May's out!

Most stunnning addition of the day though I suppose has to go to Barn Swallow. My first hirundine of the year. 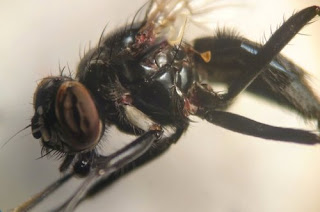 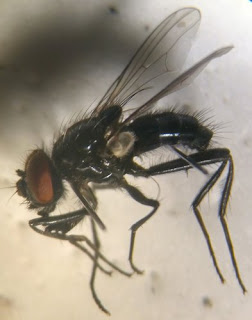 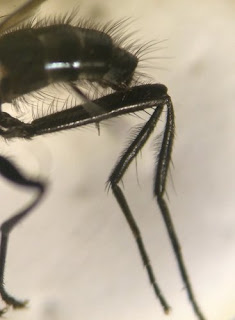 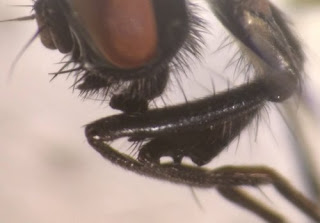 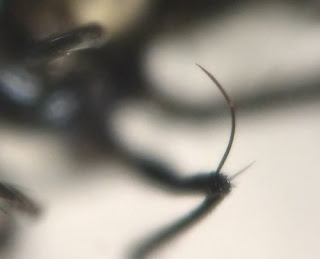 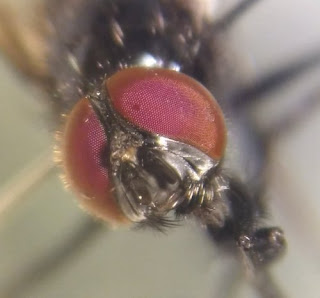