Sorry I'm a bit late to the party, but I'll be making a decent attempt at 1000 species in my home square in Thames Ditton, Surrey. I've slighty moved the original OS grid square (TQ1666) a bit to the east, to include both my house, and the only bit of decent habitat for miles around, my local LNR site, Stokes Field. 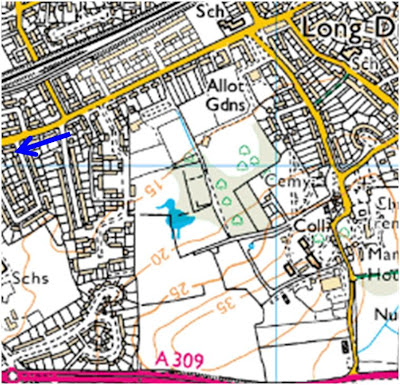 Stokes Field is an urban fringe site popular mostly with dog walkers, but its become an absolute oasis for wildlife, with a small mix of woodland and grassland, along with an exposed hilltop, and abandoned rose field at the south of the site which sprouts a nice wildflower meadow in summer. I'll be using the conveniently placed A309 as the southern boundary to the km square, and I doubt I'll ever venture to the northern boundary, which is just residental housing).

The blue arrow to the west indicates the most important habitat in the square, the garden. Most plants in the borders are ornamental, with little appeal to wildlife (although these have helped attract 4 species of Clearwing into the garden), but there is a single Hazel tree in the middle of the lawn which is host to good numbers of invertibrates in the summer, as well as a large apple tree in next doors garden, which is good on the lepidoptera front.  At the end of the day, the garden is the easiest place to get to, and it also happens to be where I run a moth trap pretty much every night through the summer (past highlights have included Surrey's first Jersey Mocha, as well as good numbers of Toadflax Brocade, Small Ranunculus and other garden specialities), so it would seem mad to leave it out.

Living in such a built-up area, the likelihood that I'll actually reach 1000 species is fairly low, as is the likelihood that I'll remember to keep this going throughout the year (or at least until October when I head off to Uni!), but if it gives me a bit more motivation to stick to the patch, and the chance to improve identification skills on insects that I wouldn't normally bat an eye lid at, then its worth a try. My list currently stands at very mediocre total of 96, with the highlights so far being Bullfinch, Lesser Redpoll, the relatively uncommon fungi Stereum rameale, and a little leafhopper found in the garden, that bug guru Tristan Bantock kindly confirmed as the recent colonist, Idiocerus heydenii.

Stereum rameale... found on rooting hardwood in Stokes Field, literally feet away from a very busy trampled down by dog walkers... 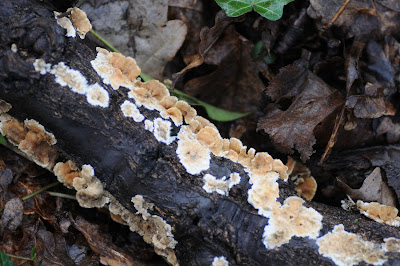 Idiocerus heydenii- a very recent arrival; just a few years ago this species was pretty much unheard of in Britain... 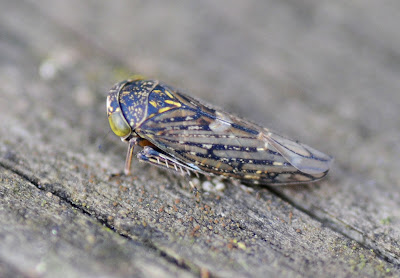 Feel free to follow my progress on my blog- billsbirding.blogspot.com

Happy hunting!
Posted by Billy Dykes at 12:08 AM