More kids' sporting fixtures (fencing today) meant that I only managed about an hour this afternoon wandering the square, but new species continue to mount. Moreover, I've done a bit more on yesterday's specimens, although some still remain.

From yesterday, I can now add the Wandering Snail Radix balthica (which on research seems to be the same thing as Lymnaea peregra - who'd have guessed?!) Anyway, I'd pulled a few of these out of the pub pond and they look pretty distinctive and key out well on the conchsoc website. Another thing from the pond was a crustacean apparently in the family Gammaridae. I can't find a key for these though. It might be Gammarus lacustris (but it might not be). The last thing I found with my net was an occupied caddisfly larva in the stream but I've failed to progress with this and will toss it back tomorrow. I also accidentally found another snail when hooking out some Mare's-tail which appears to be in the family Planorbidae, but I haven't yet sussed this.

Perhaps the most interesting thing I found yesterday initially had me completely bamboozled. This massive trunk of a fallen ash (about 160 years old - I counted the rings!) is on the common and when I looked closely I found these weird shiny blobs on thin stalks - in clusters of different colours. Having done a bit of research I think they might be a slime mould something along the lines of Cribraria persoonii but I've no idea whether it is possible to confirm this or not. 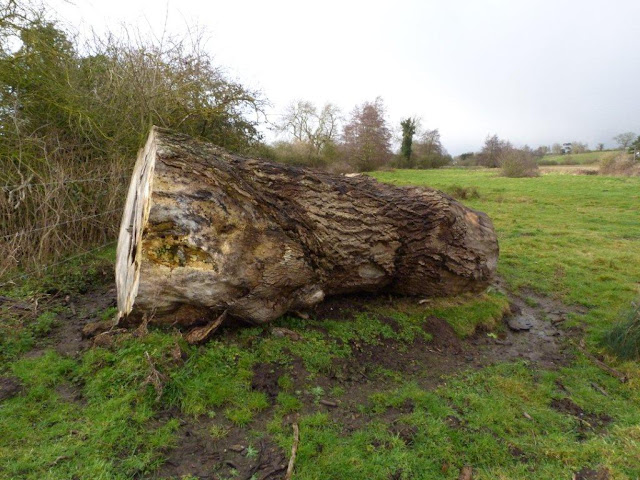 BIG ash "stump" on Shotesham Common. Not easy to lift up to look beneath, but I have high hopes of all this dead wood for Hymenoptera etc as the year progresses. The following photos zoom in at the left hand end... 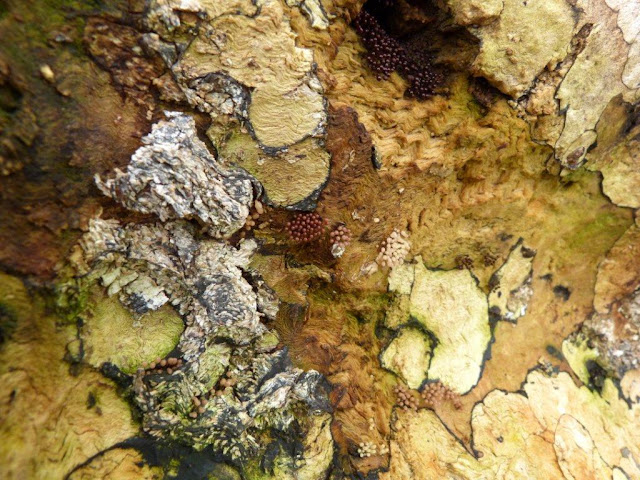 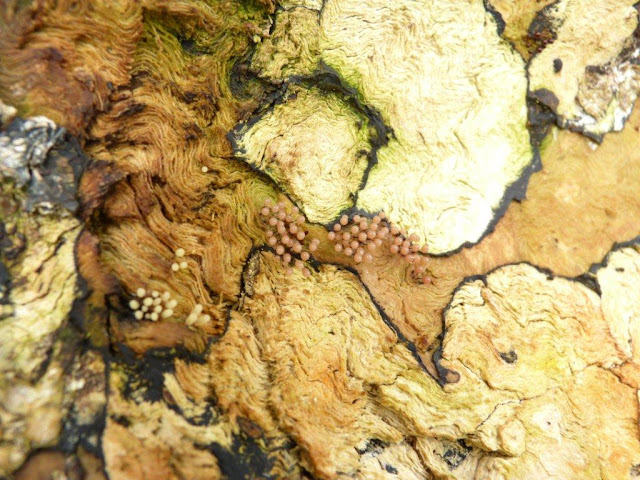 Anyway, on to today. Outside the square, I managed a "drive-by" year-tick of the mega rare Sandy Stilt Puffball in south Norwich from a moving car, but didn't see any more Cranes. However, back in Shotesham, I found a tiny woodlouse in the garden which keyed as Trichoniscus pusillus and was 5 mm long so, apparently, this means it isn't T. provisorius? I'm having it unless anyone says otherwise. I then found Sun Spurge and Capillary Thread-moss along the roadside, plus some Great Scented Liverwort Conocephalum conicum along the edge of the stream. I also spotted the year's first Primrose in flower, but about 5 m outside the square. Similarly, the village seems to have stacks of Winter Aconite but they're all in people's gardens, EXCEPT at one spot by the Primrose - and similarly just outside the square. Grrr.

So, I think I'm on 172 now. Still have lots to look at though. Noticed this distintictive looking crusty fungus on a washed up log which will be one of the next jobs, along with millipedes, snails, slugs and spiders. 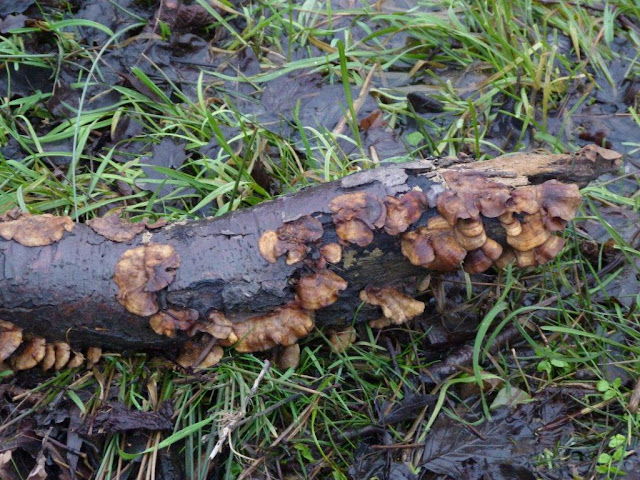