Almost unprecedented conditions here on the island. Not since 1979 has there been such weather apparently. Monday afternoon was real blizzard conditions and I've not been at work since I was sent home Monday morning. One of the houses across the road had a tree fall on it. 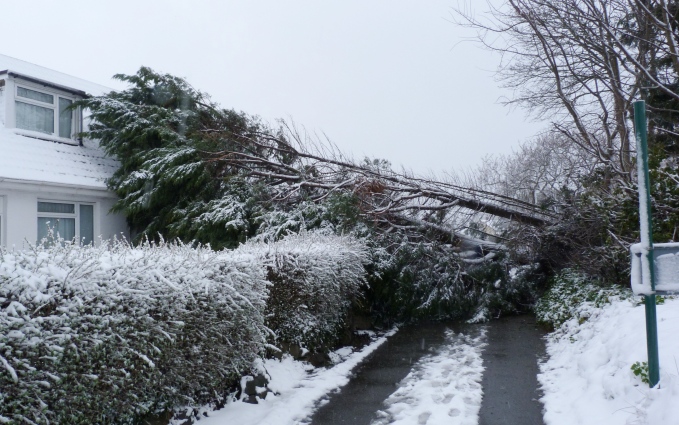 After the wind calmed down yesterday afternoon I put on my wellies for a walk and there had clearly been some arrival of birds as the wintering Redwings and Meadow Pipits had left, but there was suddenly more here. By the school field a Skylark appeared flying low North and then wandering down a lane, I looked up to see a crow bothering a Short-eared Owl high in the sky. What a bonus bird! Never seen an owl in the square in 10 years, and that's 2 species in the last couple of weeks. 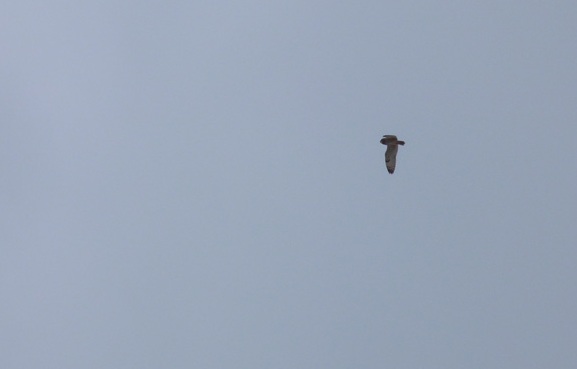 Dissected the tortrix moth from the trap at the weekend and discovered it was indeed a female Acleris ferrugana (not a surprise as notana hadn't been recorded since 1898). 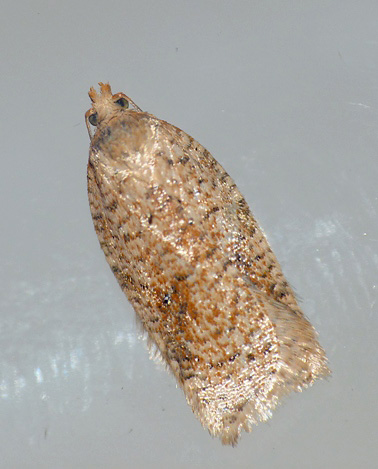 So, along with the ID help of my comrades, that makes another 5 species for the list:

Took a photo of this fungusy-type-thing under a buttercup leaf the other day. Is it anything in particular you think? 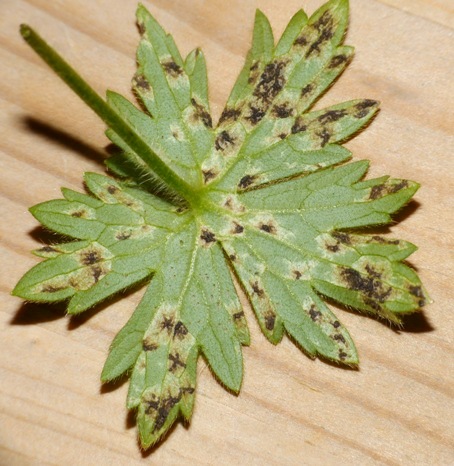