The weather's unfortunately dominated proceedings in TQ6410 this week  but I can't really grumble, despite being Ashdown Forest-bound until Wednesday (nice snowdrifts). Back to the plot with a vengeance by Thursday to take advantage of a friend's offer of a day's brushcutting to try and clear some of the brambles before the migrant birds arrive (very soon hopefully).

Thur 14th Mar:
306 - Bonfire Moss Funaria hygrometrica ...in the old pots and trays and all around the plot.
307 - Common Lizard Lacerta  vivipara  Flushed from a sheltered spot, basking in amongst some brambles that were about to get the chop. They're very common around the plot in the spring .... but still unexpected given this past week's weather.

Fri 15th Mar:
308 - Siskin x 4 – in a silver birch along the bridleway around Herstmonceux Castle
309 - Merlin – female low overhead, flying SW circa 5pm.
A real bonus bird as it's NOT on my '40 more birds to find in TQ6410 this year' list. Perhaps it should have been as I saw two locally back in October, one over the grazing fields 500m  north of the plot. Thursday's bird flew low and fast right over the top of me at about 25-30 feet .... and I'm sure it was eyeballing me on the way through. A very useful addition .... and I'm still waiting for SH and HS to turn up! 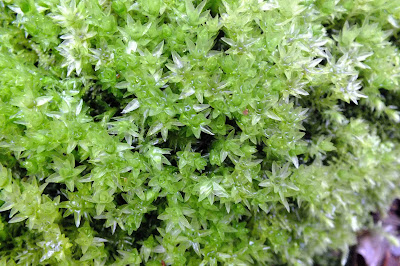 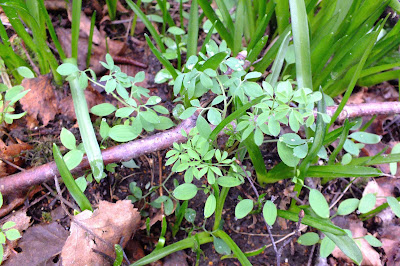 313 - White Climbing Fumitory Corydalis claviculata  (left) ....  a bit early but this is abundant in the little bluebell wood and now catching them up.
314 - Wood Sedge  Carex sylvatica (between the ditch and wet woodland)
315 - Western Hemlock Tsuga heterophylla (near the wet woodland) 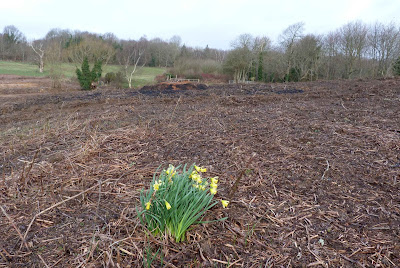 316 - Daffodil .... (or is this an aggregate now?) naturalised right out in the middle of TQ6410's Nightingale bracken and bramble scrub  .... sadly now all totally grubbed out. But I'd rather be ticking Nightingale ..... 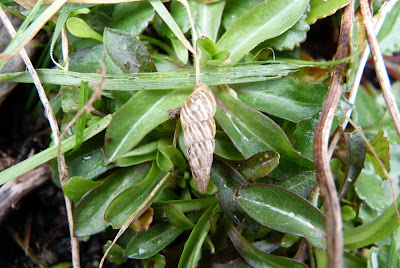 Ahh ...... SNAILS (groan) ..... one of several achilles heels for me in this Challenge:
I'd very mistakenly identified this as one of the more obscure Door Snails but Mark T. soon put me straight  .... or at least confirmed the error of my ways. So maybe the Clausiliids were a red herring!?  It now looks much more like a Pointed Snail Cochlicella acuta ...... but then what do I know about snails (not as lot). For what it's worth, Devil's Bit Scabious and Ragged Robin are also in this pic ..... 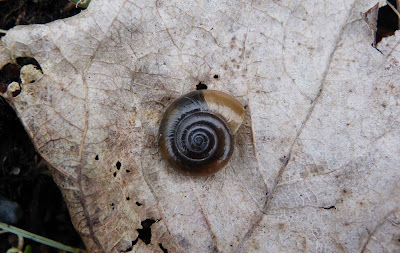 I've already ticked Kentish Garden Snail Monacha cantiana but no idea where this one comes into the fray? The jury's still out  ...... my snail ID is wavering on the brink .... 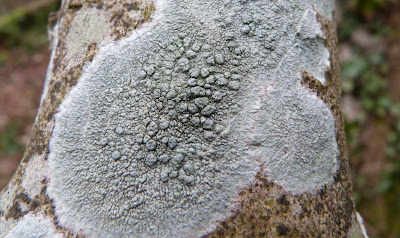 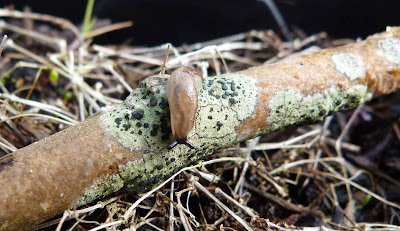 318 - Lichen  Lecidella elaeochroma ..... but the slug is a still a bit of a mystery for the moment, esp. the black tentacles.

319 - Lichen  Hypoxylon nummularium
320 - Lichen Diatrype disciformis
321 - Cormorant ..... Obviously a local bird -  flying south just S of the Castle .... but it turned round and flew north again when it reached the southern boundary of TQ6410. Remarkable ..... and never been so happy to see a Cormorant .... 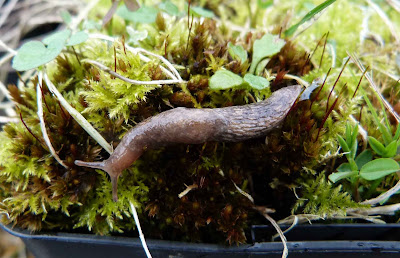 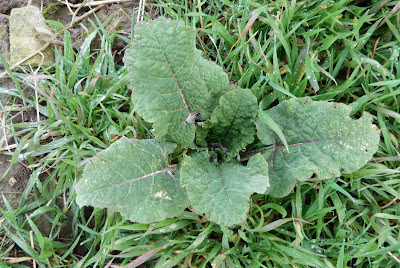 323 - Burdock Arctium minus (left)
324 - Field Forget-me-not  Myosotis  arvensis (both in the arable field by the farm)
325 - Field Woodrush  Luzula campestris .... flower buds just appearing in the mossy wild flower bank - a first for this plot. I was looking for early signs of Yellow Rattle but instead found the diminutive Woodrush and several tiny orchid shoots, quite possibly Common Spotted Orchid already!