Not had any major expeditions around the square during the last week or so, but noticed a few things during the odd wander to the shops etc. I have been mainly identifying common things in the garden as I have bought a couple of cheaper books on a couple of groups, and also practising with my new compound microscope. Well, not really "mine" as it is the local natural history group's (La Societe) which they have given me to use because apparently, apart from moths, butts and drags, I am the only person looking at 'small stuff' on the island now.

Highlight was definitely the Barn Owl which I saw from the car on the western flank of the square one evening. I returned two nights later and, even though it was quite dark, had great views of it hovering 10 yards away. I have lived here almost 10 years and this is the first time I've ever seen one along my road.

I have found the little tips people have given out on here, and on Facebook, very useful, especially for things like these tiny fungi which I wouldn't have even spotted. So keep them up guys.

Silverfish in the kitchen 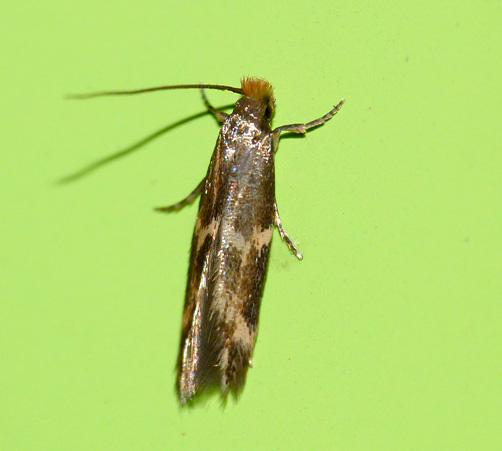 Yellow-v Moth on the biscuit tin. A speciality of the islands and common inside our house, also occurs on Scilly. 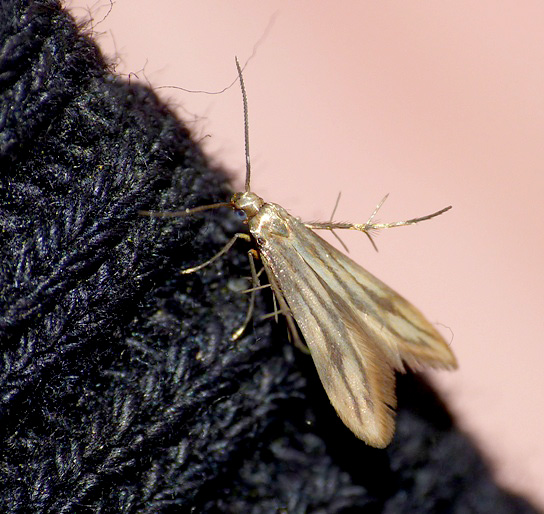 Schrenkensteinia festaliella on my sleeve - probably just emerged from the tiny bramble in the corner of the garden. 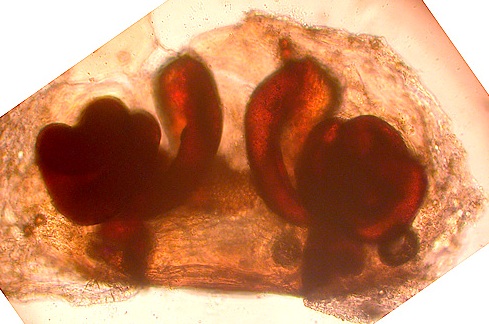 I attempted my first spider dissection and pulled out these female bits from a 'house spider' type thing. I think, looking at the internet, that this must be Malthonica silvestris due to its highly looped and curved vulva (wha-hey!)