This was never going to be easy given that my square consists almost entirely of suburban estate and sterile farmland. Now with almost a month of pants weather I am well behind where I should be with a distinct lack of insects on my list so far. Today was the first proper chance I've had for a couple of weeks to get out into the square, and with bright sunshine and it being early April I should've been filling my boots with good stuff. Reality was that there was still a very cold and sharp easterly blasting through and dessicating everything. The only new insect was a Common Wasp in the garden that looked decidedly cold. In fact I realised half way around the square that I was persuing the wrong challenge - I found loads of these and mentally started a new list .... 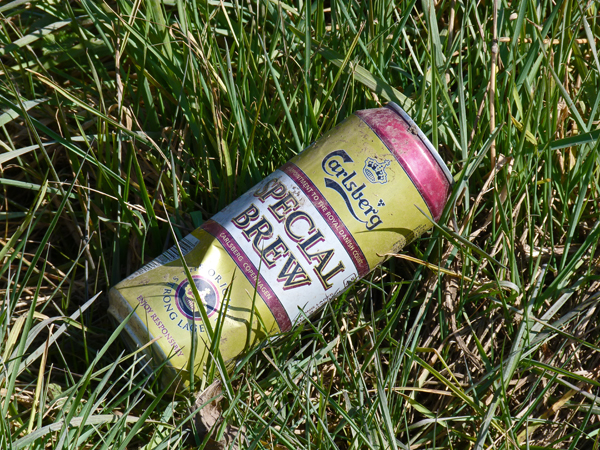 Amongst the new flowering plants was an unexpected garden 'escape'. I use the term escape tenuously, as I fail to see how Crocus can escape as such. More likely it's been inadvertently dumped at some point with fly-tipped garden waste. Still I can't really be sure and it's more that 2m from the nearest garden - thems the rules and I have no conscience. 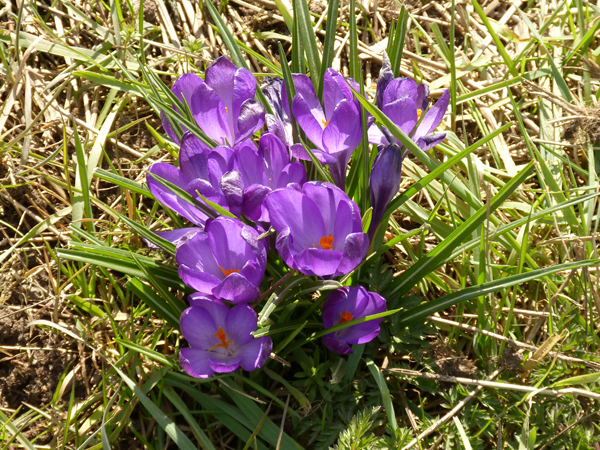 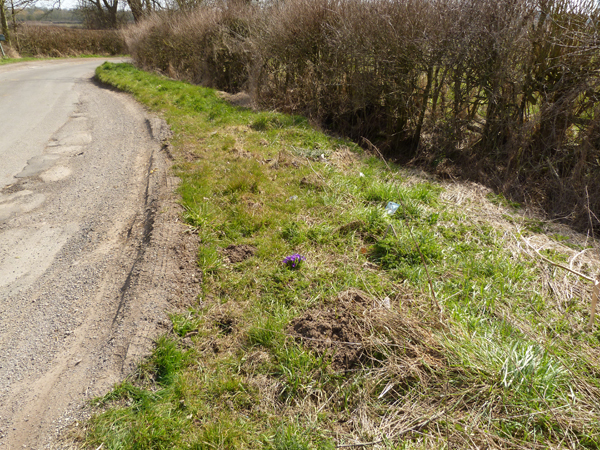 I also found another 'escape' but have made no attempt to get it to anything but agg. 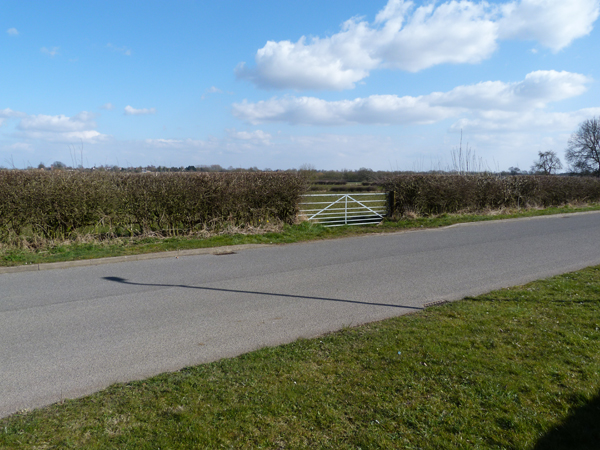 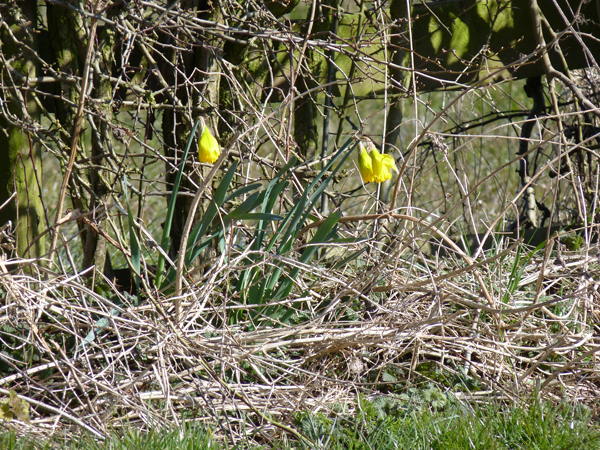 Just left of the gate

Much more appreciated were a few flowering spikes of this .. 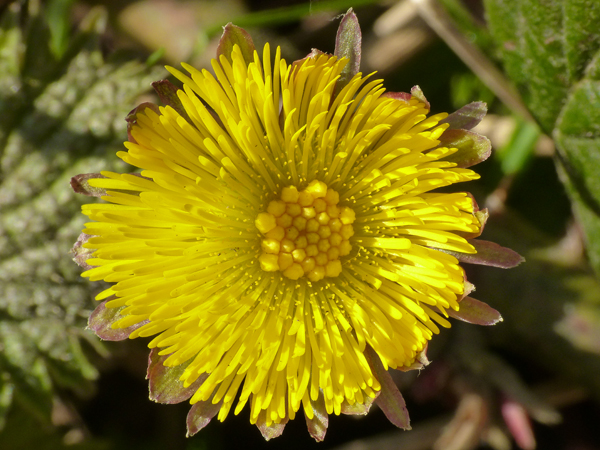 New vertebrates since my last post have been Common Frog in the garden, Grey Heron last week over the house and Mallard today whilst out, and today Minnow seen in the local brook (which I fully intend to dip when I can be arsed).

Whilst I am including the odd garden escape flowering plant, I have no intention of ticking 'signs' and 'dead stuff'. For instance, today I found these very intriguing footprints by the brook - maybe a hoped for Water Vole?? (click for bigger and tell me what it really is) 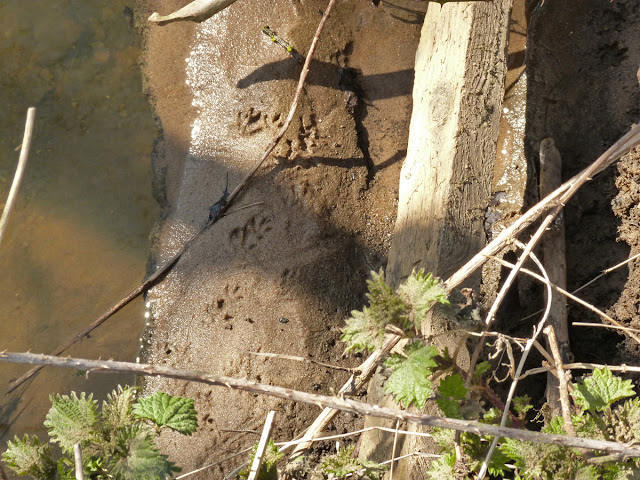 I also found a freshly excavated Mole hill, and my second Badger for the square this year .... 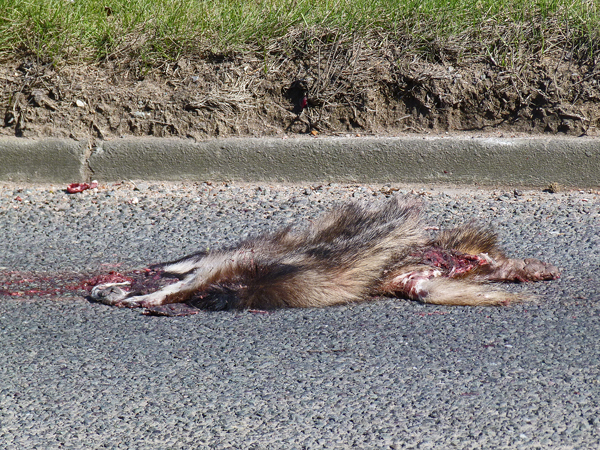 Sadly even less tickable than the last one, as at least that was Badger-shaped and had the rib cage inside rather than 2m further down the road. The pan species lister in me got briefly enthused at the thought of various carcass-feeding inverts - but a freshly and naturally dead carcass would be better I suppose.