I've been intrigued recently by one or two fellow 1KSQ-ers  (Andy - what's the collective noun? .... adjective ?? .... what/who are we ???) who've made the occasional brave stab at working out how their respective taxa total projections will get them to or close to 1000 species by the end of the year. Must admit I'm trying not to think about it in case I get put off ..... although I have to confess I did get as far as:  Birds: 100 (wishful thinking),  Butterflies:  25 (ditto), Odenata: 12 (hopefully) .... TOTAL = 137 !!  The remaining taxa - even plants and moths - are a bit of a black hole in TQ6410 so with 400 species under my belt before the end of April, I'll rashly predict I should be OK for 750+ give or take!  The real problem(s) will manifest itself after or even before the 500 mark when virtually every new species will take longer to identify and EVEN more hours late at night surfing the net for photos (blimey - how many MORE hits can I make on www.naturespot.org.uk/), various keys etc., delving into Mark Telfer's excellent web-site or just paging through previously un-thumbed guidebooks in the book-shelf here in my (on-site/within the square) wildlife workshop. These first few pics are probably going to be typical of what I'm already up against in the hope of finding another species' tick for the square once I get towards that midway total ..... 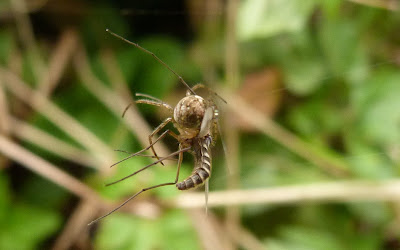 A mystery spider taking out a mystery cranefly (?) on the plant  benches yesterday. Lots more spiders on the plot and in the square ..... so hopefully I can improve on just TWO currently! 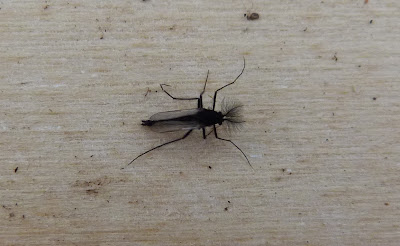 Another mystery fly from the moth trap this week ..... but no luck so far with an ID. Love those antennae though ...... 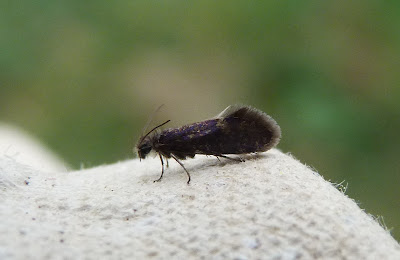 I've got this one down as a micro but not even sure I've got the taxon right. Alright - I've just ordered THAT book on-line at last:  http://www.britishwildlife.com/viewbook.asp?bookid=24

Should have bought it yonks ago ..... 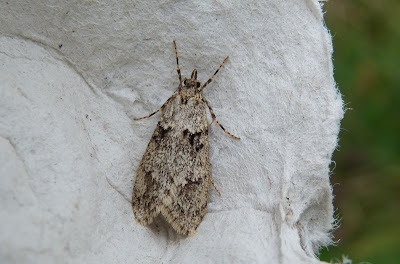 And talking of which: 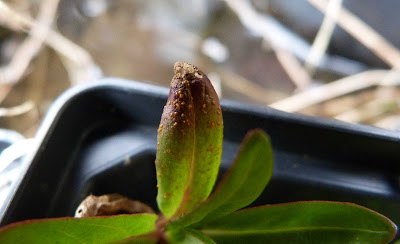 I've even resorted to ticking rusts now (hopefully) like everyone else .....

And got dangerously close to ticking a Knopper Gall wasp from a fallen old pendunculate oak gall. A tiny grub fell out when I cut it open but the wasps should have emerged back in February so that one (whatever it was) was a bit of a non-starter!

But I forgot to add:
396 - Turkey Oak Quercus cerris  which IS on the plot. 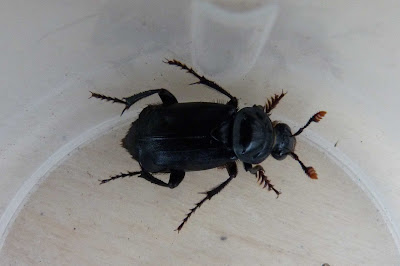 397 - Black Sexton beetle  Nicrophorus humator (left). Not a great pic but the light was poor and it wouldn't sit still - any old excuse. It flew down to the moth-trap the other evening.
WARNING: these things stink!!

399 - Soprano Pipistrelle Pipistrellus pygmaeus - a mixed group of SIX Pipistrelles (both @45 and 55khz) whizzing around my head the other evening by the bluebell wood field edge. 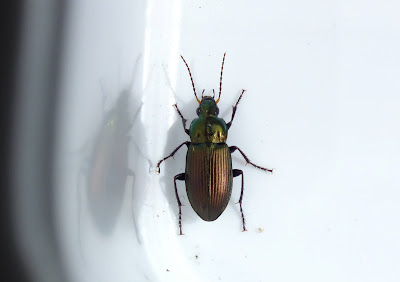 401 - Tree Slug Lehmannia marginata - halfway up the old railway sleeper vertically propped up against the back of the barn near the moth lamp. Do they come to light too??


402 - Whitethroat - skulking in brambles (contact call) in the plot’s upper meadow yesterday exactly one week later than the Blackcaps. One of three nesting warblers on the plot (CC, BC and WH) with Willow Warbler more transitory but currently singing. Reed Warbler, Lesser Whitethroat and Garden Warbler have been one-off’s on the plot in the last three years. 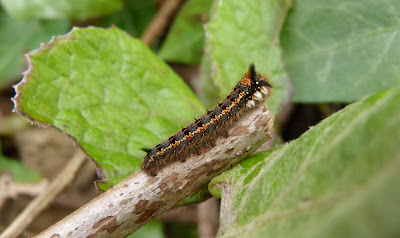