Finally staggered past the halfway mark - so it should be downhill from here onwards but somehow I think it'll be just the opposite. Where's the next five hundred going to come from? Still absolutely no idea although if it's even half as much fun as the first half, then the second will be hugely enjoyable too .... and a vast learning curve. The overgrown plot here in TQ6410 (near Herstmonceux Castle and the Pevensey Levels, East Sussex) seems to be coming into its own with both wild, flowery vegetation now springing up madly all around and invertebrates suddenly appearing in droves .... and that's just on a cool and very breezy early-mid May day. It can only improve ..... but will I ever manage to ID it all? 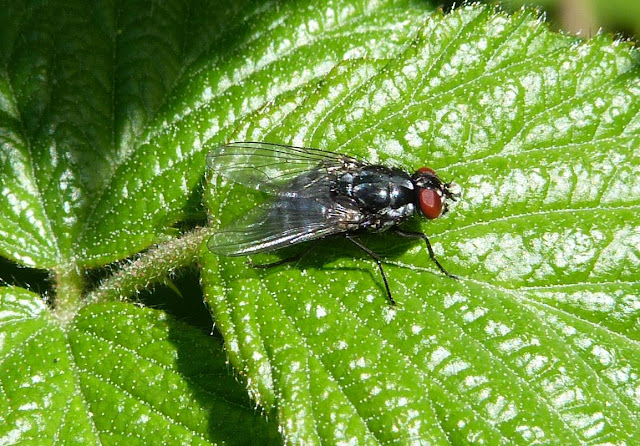 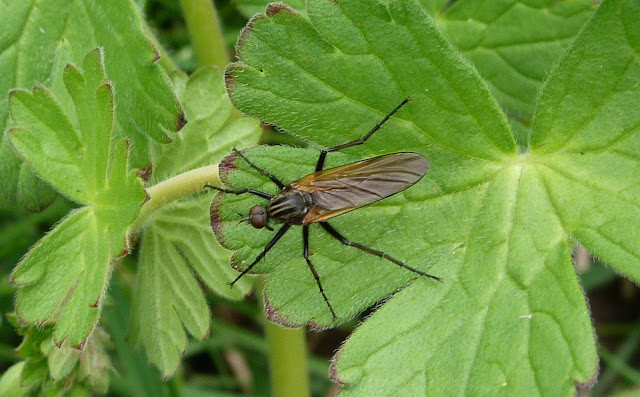 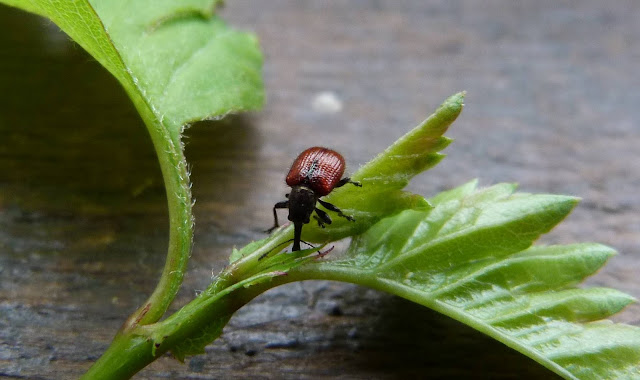 499 - Weevil  Neocoenorrhinus aequatus  beaten (gently) out of Hawthorn. I need to buy that Raynox lens for the Lumix .... and a microscope ..... and that micro moth book ..... and a new pair of wellies ...... The Challenge is getting expensive!

500 - Swift  Apus apus  One of my favourite birds so hopefully a very appropriate 500th species for the Challenge. They arrived a couple of days ago and three screamed over the plot yesterday ..... 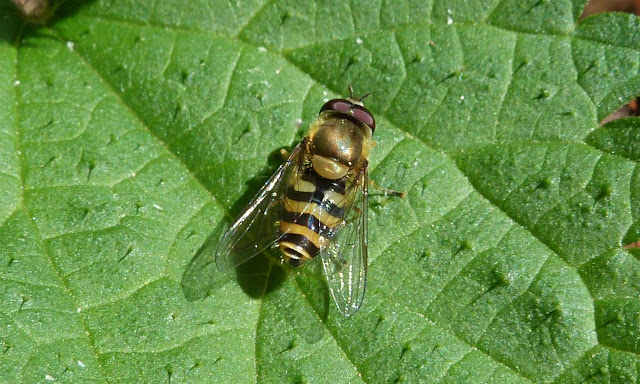 501 - Hoverfly Syrphus ribesii  (appears to have yellow left upper femur seen through the left-hand wing in zoomed-in photo .... so hopefully not the 'other' similar hoverfly) basking on vegetation in a sheltered ride in the upper meadow

502 - Hoverfly Platycheirus scutatus  on bramble in the same sheltered ride 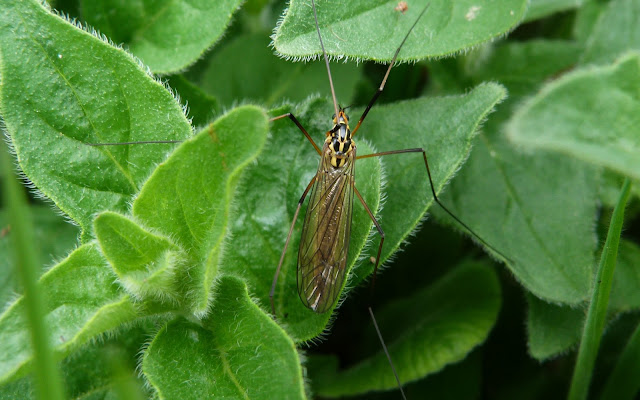 504 - Moth Micropterix calthella – an all bronze/gold micro moth in the trap on Tuesday night.

..... but expect the chasing 1KSQ'er pack to come flying past any time now as I'll be going at a more sedate pace from here on in .....