The snow in the UK and France - (we even had a fall yesterday but it was gone by tea-time) - has meant an influx of winter birds into the island. It's mainly Redwings - there are thousands everywhere - but I also ticked off Fieldfare and Lapwing today. Best sighting though was a flock of 20 Wigeon that flew north as I was strolling up the lane opposite - only my 2nd ever record for the square. But not much else doing this week in these chilly times. (Quick question - is there only 1 species of Silverfish?) 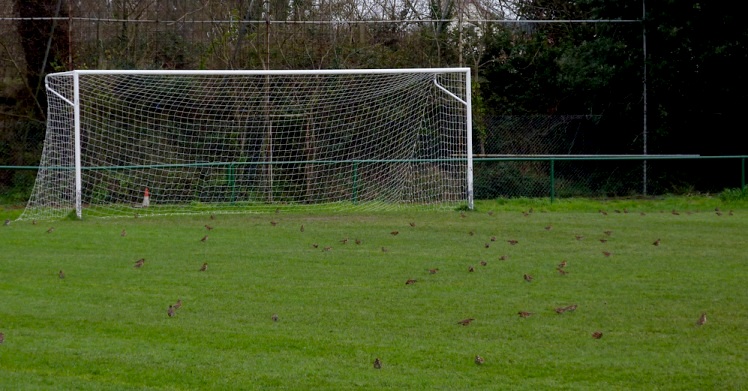 Redwings on the football field - the whole pitch was covered like this (Quiz- which 2 world-class footballers have regularly played on this pitch? clue - one of them is me.)
Posted by M Lawlor at 10:31 PM