Yesterday morning was one of those brilliant clear, crisp sunny mornings that you don't want to be working in. As it happens, I wasn't - though I also wasn't spending lots of quality time in the square either. I volunteered to do the school run before we went off to do other important stuff, and I managed to pick up a few common trees and bits but nothing exciting. Today I was off and out early and had to head down to Sidcup on business. I got back home in the last of what little light there had been all day, and decided I was going out regardless. It was cold, and you could fully imagine a cloudless sky above the lingering fog. By the time I actually got out it was still light enough to see where you were walking, but I had my torch in any case and soon needed it (I got a new torch recently, and it's brilliant!).

I found a few fungi, a couple of lichens, a spider, a few plants and a larval stage psychid moth. Out of that lot, perhaps the most surprising thing I found was a flowering Yarrow!! Using the torch/flash combo I got a couple of shots .... 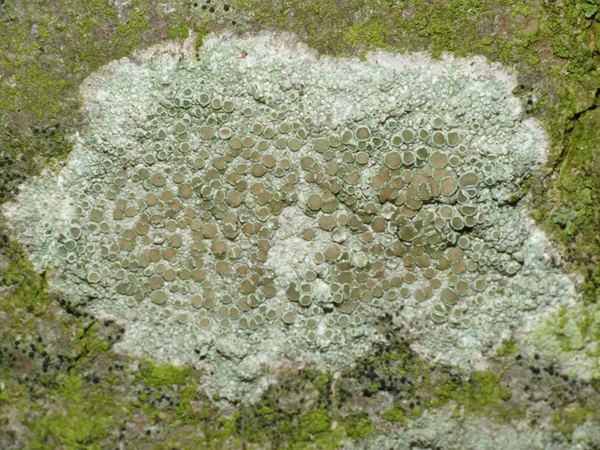 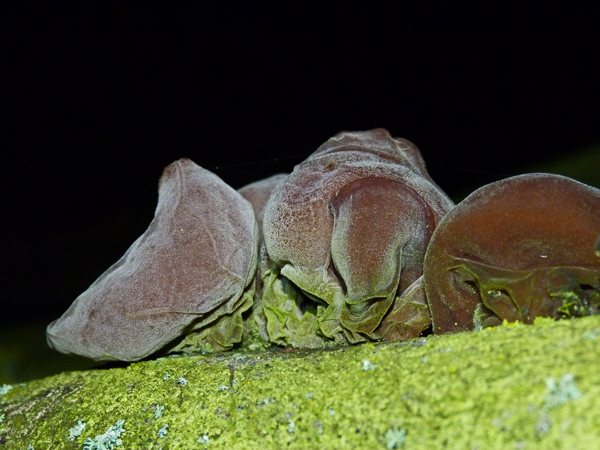 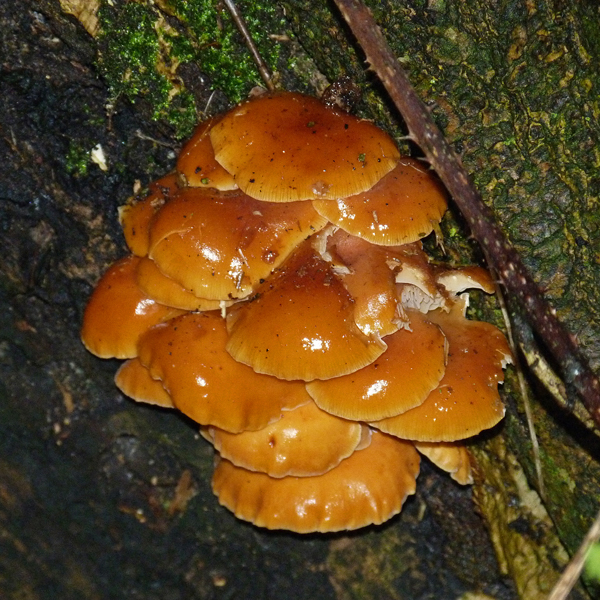 Over the two brief walks I added 24 species plus Bramble (what is everyone else doing with bramble - anyone actually managed to resolve which species they are looking at??). I'm on 82 plus two aggregates.
Posted by Skev at 10:39 PM