Not up to the heady heights of the Gibster, but pleased with 2 more additions. Today, I picked a spider off the ceiling which proved to be (as expected) Pholcus phalangioides.

More excitingly though, the Norfolk fungus recorder Tony Leech confirmed my specimen of Trametes pubescens from the willow stump on my drive. This is apparently only the fourth Norfolk record of this bracket fungus - woohoo! Amazingly, my driveway has previously also produced the third Norfolk record of the micro-moth Apodia bifractella. I'm thinking of getting it designated as a biodiversity hotspot...

145 species and at last (albeit temporarily I'm sure) I move into 3rd place! 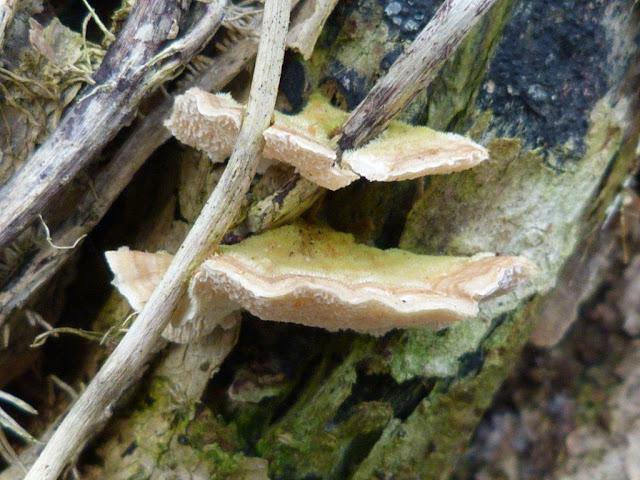 Trametes pubescens - a bracket fungus, with pores below. On a willow stump. "Hairy" above - and if you cut into it, there is no black line between the tomentum (top bit) and the lower bit (unlike T. hirsuta apparently). Thanks Tony!

Posted by Andy Musgrove at 9:29 PM