A few more things today, although quite a few not identified yet. I did find Hairy Stereum Stereum hirsutum at the base of a tree in the garden though - thanks to Tony Leech for confirmation. Some lichens in the garden too - I think I predict my next book purchase coming up...

Next up, my regular checking of the Mallard flock on the pub pond paid off as four Gadwall had appeared today. Interestingly, four turned up there about the same point last year - 2 males and 2 females - tempting to think they are the same individuals. A good one though and not one I felt confident in getting.

In the afternoon, another walk produced a few mosses, one of which I was happy to identify as Grey-cushioned Grimmia Grimmia pulvinata - very common apparently but new for me. However, I failed on the moss that was right next to it, on the fence of the local muckheap. I did soon find a Brown Hare squatting low in a furrow in a field, and then also took some photos of a black fungus on an oak snag which might be Exidia plana.

Finally, down in the village a long brick wall produced Wall-rue - nice as this isn't a square where it was mapped in the latest Flora of Norfolk. Also more mosses and lichens which I admired, photograped, and left for another day.

So five new definites makes it 137.

P.S. Exciting news though of a bracket fungus in our garden that has been puzzling me. In discussion with Tony Leech it may be Trametes pubescens which has only two previous Norfolk records. A sample will be going off for confirmation tomorrow! 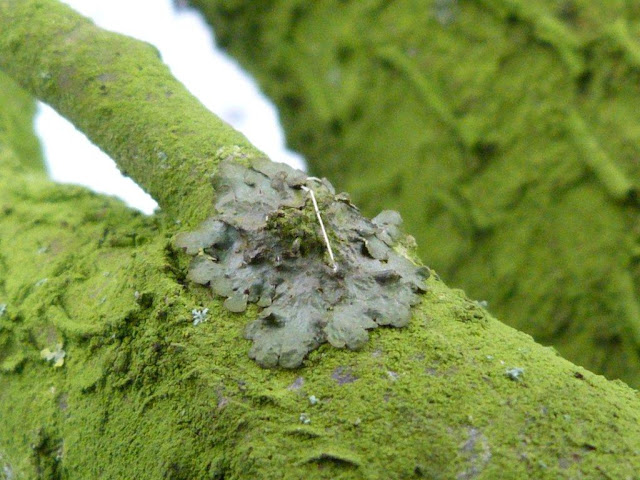 A lichen (I presume) in our garden - also some mildewy stuff... 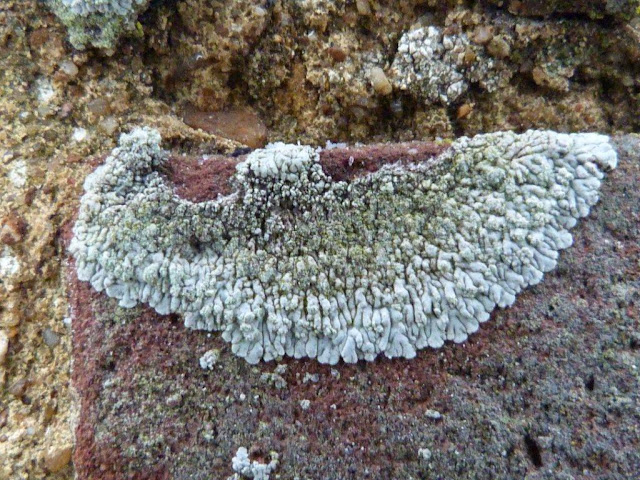 Rather a smart lichen on a brick wall in the village 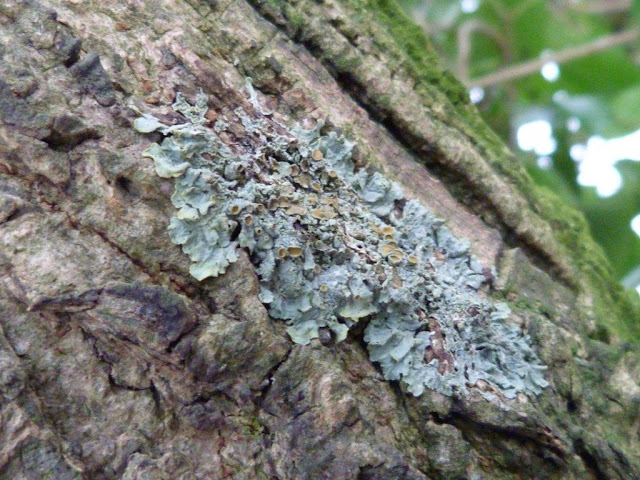 I'm going to stick my neck out and say Parmelia sp., but don't know how to take further yet 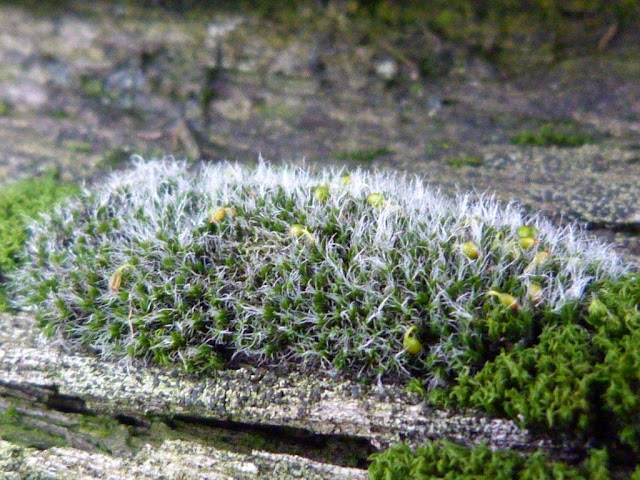 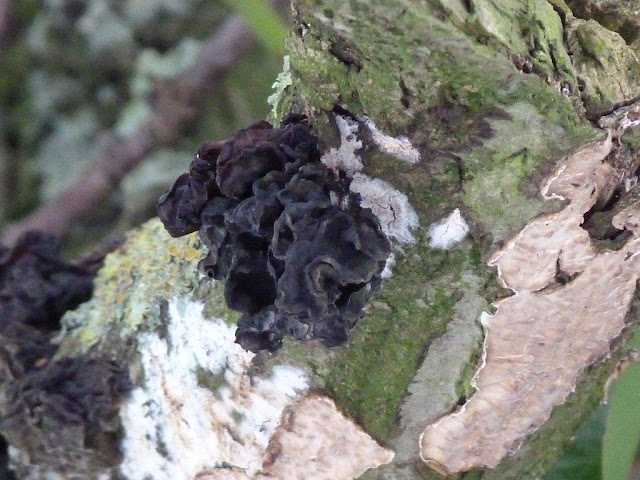 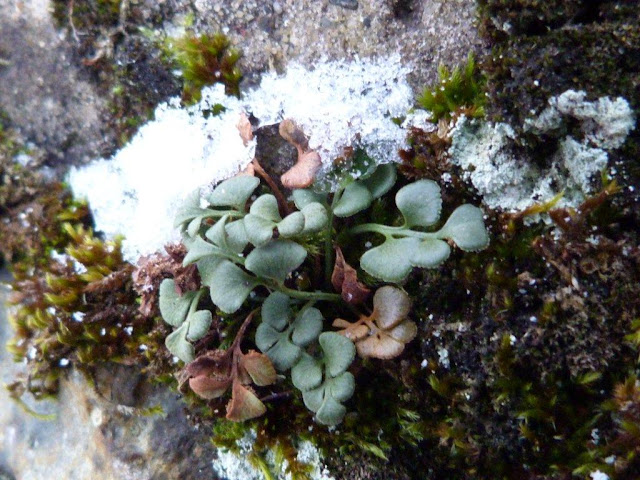 Wall-rue - first record in the area 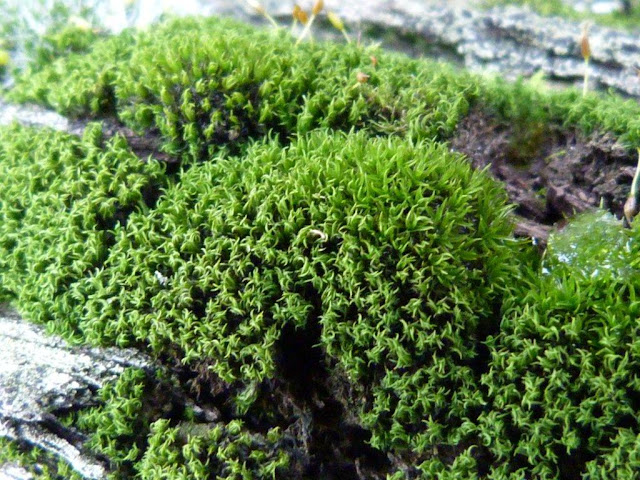 Unknown moss on fence next to muckheap. Any suggestions would be appreciated 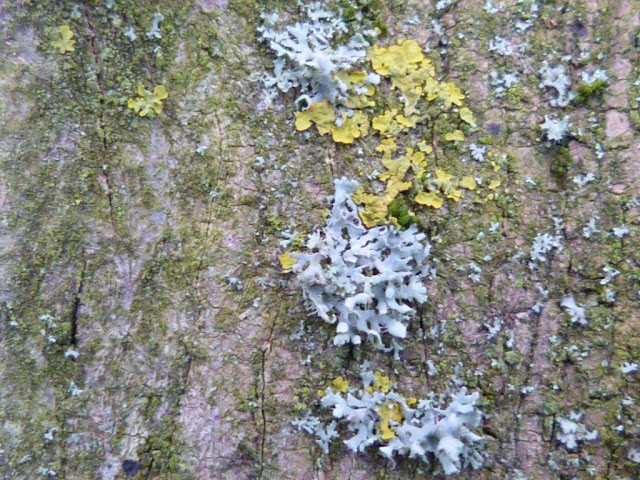