Or to be more precise, a whole day spent in my house in my square mainly wielding a paint roller and brush. Even with this massive constraint, I managed to add a few bits by either looking out of a window at the right moment or poking around in the garden in between coats of paint.

First new thing was a Grey Squirrel usefully sat in the middle of the lawn at first light. Mid-morning, whilst waiting for a kettle to boil, I grabbed my kitchen binoculars (surely every birder has a pair of bins in the kitchen?) and checked through a flyover flock of gulls which included Lesser Black-backed and Herring.

Later in the afternoon, I spent a half hour or so in the garden using a trowel to heap either leaf litter or soil into a tray and poking through it to see if there anything identifiable. There was - lots of springtails, although the only species I managed to see well enough to ID was Tomocerus minor. I also noted a couple of the bristletail Campodea fragilis. Lots of juvenile worms were ignored, and the only beetle I found has currently evaded ID. I also found this thing - any ideas? Looks like a carnivorous bristletail, but is quite likely nothing of the sort. 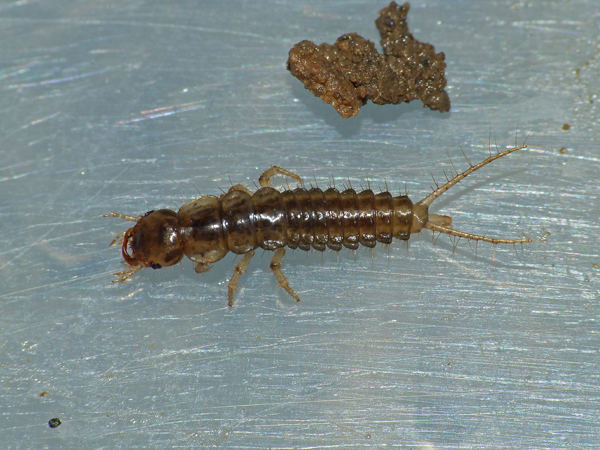 I also poked around under stones etc and picked up two woodlice, one of which is completely new for me and only stuck out thanks to an earlier posting on this blog (thanks Mark). 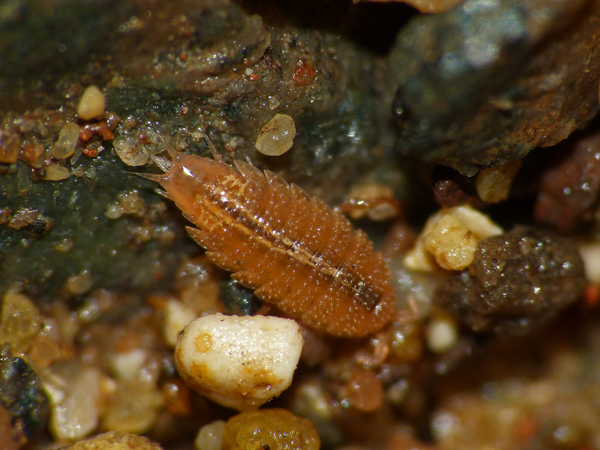 Rosy Woodlouse - will look for another and get a better shot 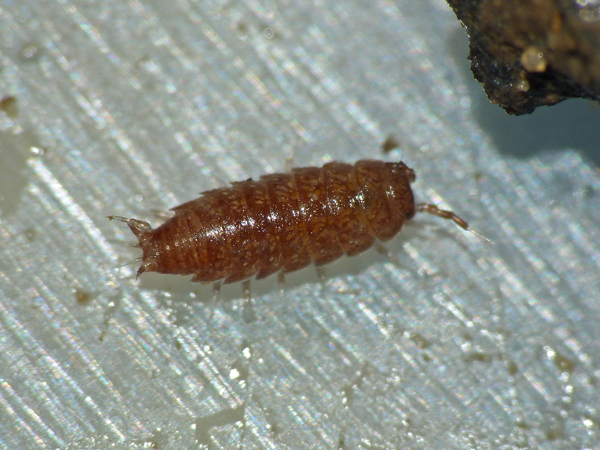 So, seven species added. I've also managed a work-around on MapMate be re-assigning the pertinent sites to a different administrative area which then works with the filters before running a query. I have created new admin sites in the past but can't remember how to make them work - maybe something that can't be done in later releases of MapMate?