Even more snow meant another day working at home - and it was working, honest! However, a few nice things to keep me going...

First up, two late entries from yesterday: Common Feather-moss Eurhynchium (=Kindbergia) praelongum on the base of a tree, and presumably the same on the base of lots of other trees - it appears that is dead common. Secondly, thanks to James Emerson for spotting the pinky-crud in yesterday's photo of possible Exidia plana which does appear to be the fungus Peniophora quercina. Nice one! So, two more lifers yesterday.

This morning, before starting work I wandered down to the pond to see if the Gadwall were still there (they were), and was particularly pleased when a Green Sandpiper flew past. I think this is only my third record for Shotesham, so a real bonus. Later, during a lunchtime walk Little Egret belatedly added itself to the square year list. I also (thanks to a tip off from Mark Telfer, who had a tip off from Seth...) photographed some bramble leaves with the old Violet Bramble Rust Phragmidium violaceum (although I'm not sure how to tell this from P. bulboum to be honest, and there doesn't seem to be a single image of the latter in the known universe, i.e. Google. Any tips?)

The last addition was a load of lumpy brackety things on a cherry stump in our front hedge. I think this is Cushion Bracket Phellinus pomaceus although I've asked for confirmation on this. However, assuming all of these are OK, that puts me on 143 species.

Oh, and I saw some more lichens... 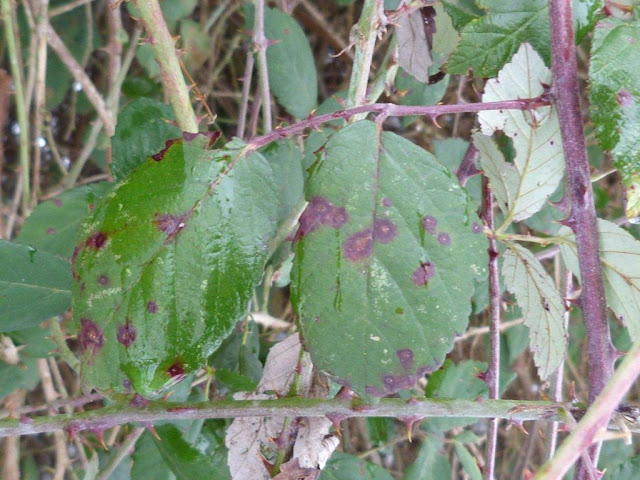 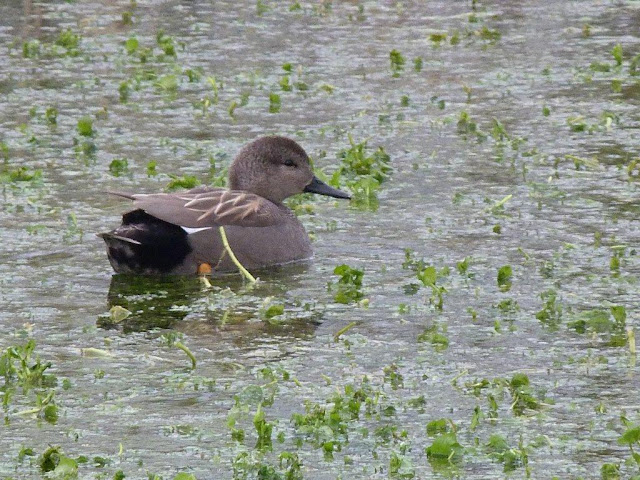 What a fine bird is the Gadwall! 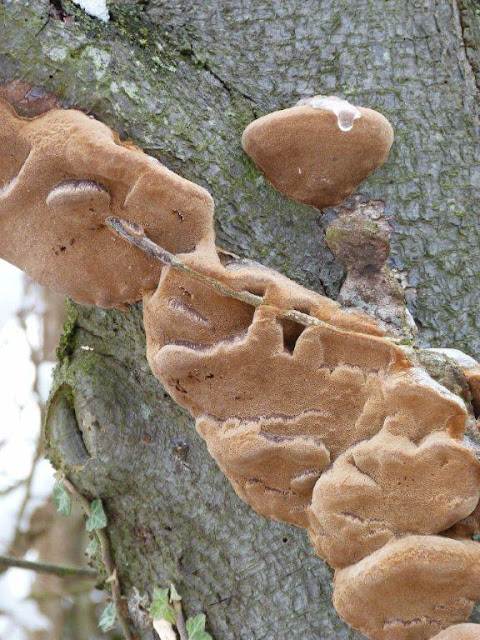 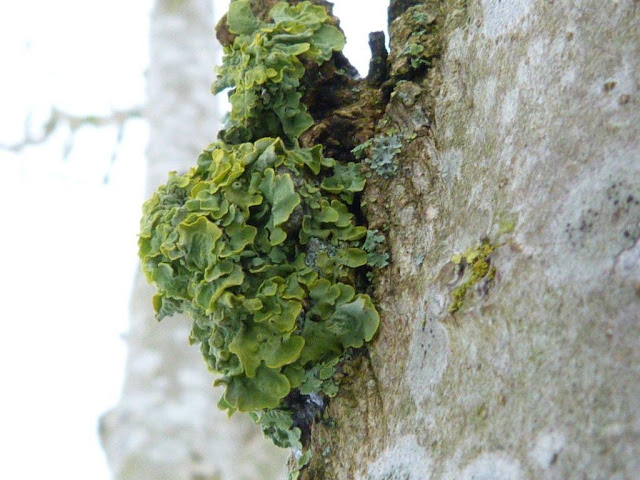 Hey, it's a nice green leafy lichen on an ash (bit of Arthonia radiata here too though?!) 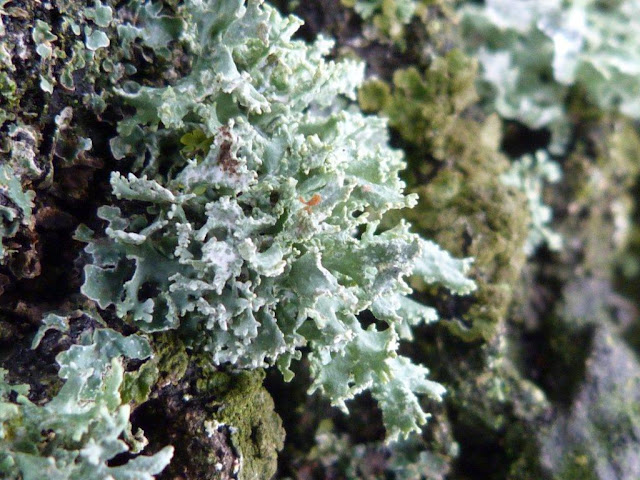 Hey, it's another lichen, this time a twiggy thing on the trunk of a big oak. Doesn't look quite right for Evernia prunastri?